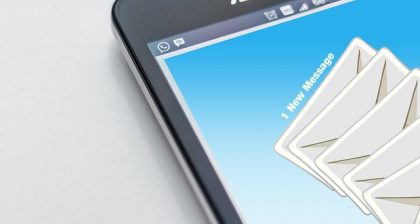 If anyone is applying for a job, communicating and pitching the business management is done through email. The first and foremost tagline that impresses and grabs the eye of the reader is a Subject line. Don’t become extravagant and add vague, wordy, and unnecessary quotes in the subject line. It is the negative part of email marketing wherein the email is unread, deleted or moved to the spam folder.

When the email is reported spam for many times, the deliverability is less for the future emails. This results in a damping effect on the campaign’s ROI.

But it is a common pitfall that can be revamped and for writing simplified and attractive Subject Line, the following mistakes should be avoided:

In the subject line adding exclamation points and questions is a blunder mistake. To highlight anything use Email Hashtags like “SMI” or can move it to the “Important” Email Status. Unless posing a question in the subject line, include questions in the body of the email. Using punctuation seems to be tough while reading it on mobile screens.

Sometimes users miss out writing subject line while drafting n email. This could be a big mistake that is not negotiable in email marketing. The recipient finds it as an unnamed email which is confusing and determines it as spam email. Even if it is important, due to such mistakes the email is kept unread. Sometimes in campaigns, the email without subject line may be lost or deleted creating irritation for the recipient who faces problem in figuring it.

Preheader text helps in making or breaking the open rates. Instead many marketers are unaware of this. It appears in the customer’s inbox just below the subject line. This is used in the starting of the sentence while pushing a personal email. But usually, in marketing schema, it contains browser instructions or Image alt text. ESPs give a preview that captures the reader’s interest with just 35-90 characters that is a supplement to the subject line that increases open rates.

Any Email subject line mistake can be rectified and modifies. It should not embed any special symbols or characters like %, @, #, and so on. Sometimes adding emojis also spoils the look and professionality of the email Subject line. The enable in marking the email as a spam one. It is likely to be noticed by the Email system’s Spam Filter.

If there is an importance of using these for highlighting percentages, dollars, include them in the body message relatively. It becomes convenient to elaborate in detail.

When an email is replied or forwarded various times, then RE and FW are included in each and every reply included in the conversation. Make recipient favorable by removing RE or FW in the subject line. This can free up some space that can be helpful and important to add any other relevant information into the subject line.

Avoid vague sentences and quotes in the subject line that exactly diverts the actual need of the email. Prioritize the importance of writing the email by communicating it in a proper and right way. Think logically, specifically and add a straightforward message into the subject line. Include keywords that are commonly searched by the users online. Figure out keywords that rank high in SEO as well.

Around 81% of people are using smartphones and are critically depending on the emails that include subject lines. Hence that, the emails should be optimized to the mobile users.

Make sure that the subject line doesn’t wander into another number, character, code when opened on the mobile device. Especially this happens when previewing the emails between the channels before sending emails. These uncertain shapes and text in the subject line create disaster for the email.

A subject is what a tagline that shows the actual matter of the email. So if there is an emergency and mistakenly missed, then their open rate decreases. Because 22% of the open rate depends on the urgency mentioned in the subject line. Thus it is a necessity to include scarcity and urgency while communicating the message in the subject line. That should not include misleading or spammy phrasing.

These days copy-paste errors are common and people are known to do such mistakes repeatedly.  They usually forget to verify and send it in hurry. Wrong name and title name are a few important things in email marketing that has to be intentionally verified before sending. The only way to withdraw is to reread the subject line.

Maintaining a short and simple subject line is an appreciable thing in email marketing. But it doesn’t mean to make it as a single word taking full efficiency little long. For example- Emails which include

‘Important” in the subject line is not read by anyone and hence they are moved to the spam folder. People feel them be a junk and report it as spam.

It defines laziness, spammy, and unprofessional in that single word. It should only add creativity to the email.