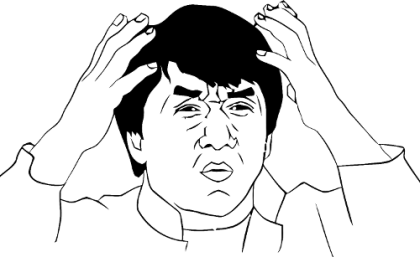 We love apps. Who doesn’t? Anymore, if there’s not an app for it, it’s barely a thing. So, in the spirit of all the incredibly awesome and wonderful apps out there, we have compiled a list of some of the stranger, though often handy, apps you can find out there. Let’s take a look! Drunk Dial No! is essentially your best friend on a night out on the town with your buddies. Quite simply, this app hides the information of a specific contact (phone number, email address, etc.) for up to 48 hours. This keeps you, rather your inebriated self, from being able to text, call, or email that one particular person that you really, really shouldn’t be reaching out to in the middle of the night. No more embarrassing discoveries while looking through your call history or recent text messages the next morning after a night of partying. It’s your safety net against bad contact decisions! Though I’m still trying to figure out the point of this little app, I know there’s no use in questioning it. While it doesn’t serve much of a purpose beyond killing a little time, I can’t honestly say that it wasn’t entertaining in some strange manner of breakfast catharsis. Pick your bread, and there are several, or a bagel or two. Toast them. Put some stuff on them such as eggs, jelly, or fruits. Extras include designing your plate, background, and even an assortment of breakfast-related drinks. Then, share your culinary creations with your friends. The takeaway? You end up hungry. Breakfast food restaurants, without a doubt, love this app. With the advent of this app, we’ve officially come full circle. There was a time that the crowds of thousands of concerts worldwide would, during the more poignant parts of the show, hold up their lighters. The tiny flames shined like stars and it was awesome. As times changes, those lighters were replaced by cell phones, screens glowing brightly. And you know what? That is awesome too. Now, things have gotten a bit meta. The Bic Concert Lighter app is pretty simple. Pick a lighter design, flick the striker wheel, and poof. You have a lighter to hold up at your favorite concert…on your cell phone. There’s an Xzibit joke somewhere in this. The name of this app says it all, really. And, surprisingly enough, this app actually works. I was skeptical until I installed it on my Android and, sure enough, it could detect metal easily enough. By using the built-in magnetic sensor in your smartphone, this app can actually operate as a metal detector, though don’t expect to be combing the beaches with your Nexus 6. It has to be pretty close to the source, so while you won’t find buried gold deep under the sand, it can actually function as a stud-finder or pick up wires in walls fairly easily. This is the one app from this list that I was most impressed with.

Newer PostLG Unveils the World’s Thinnest Bezel on a 5.1inch Display
Older PostProject Ara: The First Modular Phone brought to you by Google