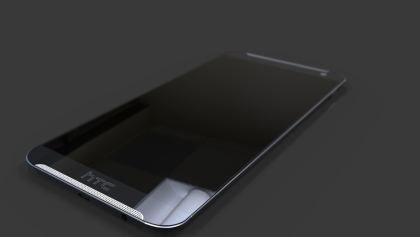 We all know 2015 has started but we are still waiting for the most awaited android devices this year. But the wait is about to over as the year sets to be another important year with the launch of great tech features of upcoming android smartphones in 2015. A wide range of android devices is going to hit the global market and we will see an excessive completion among smartphone companies. Here are your most wanted five smartphone devices that you would like to buy this year. But you need to choose your favorite one that comes in your budget and depends on the required features. The Samsung Galaxy S series is one of the most popular smartphone series by the Korean company. They manage to grab the market with their S3 and S4 models however in 2014 Galaxy S5 was not received very well as expected. The upcoming Samsung device is created with fully metallic exterior, and expected to compete with the iPhone. It is expected that we would see the curved versions of the Galaxy S6 as well. On the other hand the screen features lovers will see its latest Quad HD resolution in Samsung Galaxy S6. It also expected to come with 16-20 megapixels camera with Optical Image Stabilization and Exynos 64-bit processor. The original OnePlus One had faced a very high competition when it came in the market, but this time the OnePlus Two is one of the five most anticipated android phones, which would expect to come with an extremely affordable price. The upcoming smartphone featured with Snapdragon 810 processor, 3300mAh battery, 4GB of RAM and a 5.5-inch 2K screen. The HTC One M8 was an impressive smartphone in 2014 that received more positive reviews as compared to other HTC devices. Unfortunately the company has not released any other great device yet, but this year they are expected to come with a household smartphone device. As per rumor news HTC One M9 would bring 5-inch full-HD Super LCD3 screen, 3GB of RAM, Adreno 430 graphics and Snapdragon 810 processor and a unique features i.e. 13-megapixel front camera. It is expected to be an extremely slim smartphone that wouldn’t appear in 2015. In 2014 the Sony’s mobile department had a difficult time as per the sale of their launched devices. Thus, this time they are coming with a more competitive device Sony Xperia Z4 likely to come with creditable performance. The new Sony upcoming android smartphone in 2015 expected to come with 810 processor, a Quad HD screen and 4GB of RAM. That would be an extremely powerful handset in affordable price. LG Electronics come up with the G4 this year, the LG G4 this summer that may have some repetitions in the features that specifically emphasis on photography, so this is going to be an extremely perfect smartphone for the photographers.