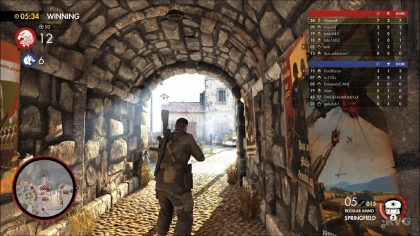 Being able to play games on the android phone is good but being able to play for free is better! We all love android games. We keep on searching new games every day which we can play. The Android game industry is booming with online multiplayer games, role-playing, platforming, sports, word games, endless runners etc. Also, if you’re itching for some iGaming experience there are a lot of games in play store some of them offering even free spins. In present, there are a lot of games in the Play Store and finding the games that are worth your time can be difficult. Whether you’re a hardcore handheld gamer or just looking for something to pass the time on your commute, we have collected 5 best free android games of 2019 which you can play.

PUBG is a famous multiplayer game of 2018 with over 20 million players active daily. This is a massive PvP battle royale game that pits 100 players against each other on a massive island loaded with weapons. You drop in as a single player or as part of a team and must use all your best skills to take down your opponents until you’re the last man standing. There is also a Lite version of PUBG Mobile with lighter graphics, fewer players per match, and more. It’s only available for lower-end devices, though.

Fortnite has been available on Android for some time now. The Android version of Fortnite is the full game you know and love from PCs and consoles, with the same weapons, the same map and an identical update schedule.

The Asphalt series will be familiar to anyone who has played mobile games. Asphalt 9: Legends is the ninth iteration in the hugely popular mobile arcade racing series. This new edition comes with more than 48 expertly detailed cars and new realistic graphics, making it one of the most beautiful mobile games currently on the market.

Alto’s Odyssey has been developed by the same group of developers responsible for the classic Alto’s Adventure. While general gameplay hasn’t changed much from Adventure to Odyssey, there are a few small improvements and changes that make the game feel fresh.

So this is all folks, we came to the end of the 5 best free Android games list. We hope you have found some best free android games matching your style. Without wasting any time gear up your Android phone and start playing.