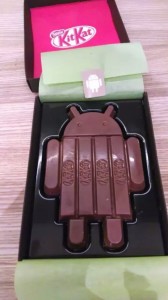 As with all technology the fact that the latest and greatest becomes outdated almost as quickly as you purchase it is a standard. Your Android device is no different. The latest version of the most popular mobile OS on the market, KitKat, is not exactly a brand new offering. However, as with most new operating systems, KitKat has taken some time to become widespread and make it into the hands of most Android users. So even though the OS is in it’s third update in 4.4.4 (which rolled out for Nexus users recently) many people are just now getting a taste of the latest from Google. Here’s a few key points to remember.

As with every newer thing, you’re going to be wondering what’s different. The most obvious is the interface itself. Carrying more of a minimalist design, Google has foregone the often blocky and segmented feel of previous versions of Android. With lettering and icons in stark white and a smooth look to the entire OS, KitKat offers a clear picture as to what the OS can offer in terms of customization. Fast and responsive, it moves quickly between all aspects of the OS (overall speed determined by the power of the device itself, of course) and boasts an incredibly easy management system for your home screen.

Under the hood, there are many tweaks and upgrades to the performance, An upgraded Wifi system, a dialer app that incorporates a search function, along with LTE bug patching and camera overhaul, is just a small number of changes and differences made that will help your phone get the most out of what it was made for. These things along with the always listening Google Now, Android’s response to the popular Siri host program on the iPhone, which can be activated by simply saying “Okay Google” really makes the KitKat platform shine.

Beyond the most visible, there is little overall change to the platform itself. Few features apart from Google Now make the latest version of Android feel much different that it’s predecessor, Jelly Bean, though the stripped down nature of the visual aspect of the OS is highly appealing to many who felt Jelly Bean was often too bloated and concerned with how it looked. Primarily considered an aesthetic upgrade by many, the overall design of KitKat is one of capability and management rather than overhauling the entire OS. So if you are expecting a completely new experience from top to bottom with KitKat after coming from Jelly Bean you may be somewhat disappointed, though in the long run you will be happy with your upgrade.

And as always, if shopping for a new device, do your research and make sure that what you’re purchasing is going to be compatible with future versions of Android. Google is a firm believer in the concept of the patch and the byproduct of that idea is that sometimes a less powerful device can be left behind, forcing you to live with a product that may not meet your expected needs.

KitKat is available on all new Android-based devices.