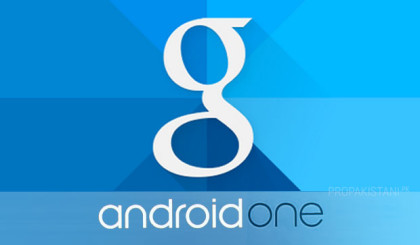 One of the biggest appeals of an Apple product is consistency. Whether you use an iPhone, iPod, or iPad, and almost no matter the version or make, navigating the in-house OS, currently iOS 8, is the same from one device to another. They support their devices for several generations back and, without fail, update those capable in a timely manner. Applications work the same from one device to another due to the consistency of iOS across the entire suite. It’s been a major selling point of Apple since they rolled out the first iPhone. However, Android is not like this. While most current smartphones and tablets powered by Android are running 4.4 KitKat, and likely soon to be shifting to Android L, there is never a promise that the Android OS will be the same from one manufacturer to another. The culpability of customization is dense and harsh at times. While navigating the basics from one device manufacturer to another is often the same, many times simply going from LG to Sony or any other combination of builders can cause the way the OS operates to vary wildly. Bloatware, service restrictions; every manufacturer claims to have something new and “innovative” that sets their version of Android apart from the competition.

Google has recognized this hurdle in the race and, with the advent of the Android One smartphone. If you are looking for power out of your phone, this is not the device for you. Phones operating on the Android One platform are not contenders to smartphones such as the upcoming Sony Xperia Z3 or the Nexus 6. The point of Android One is that this is Google’s attempt to retake control of their OS.

By removing manufacturer overrides, such as Verizon’s navigation application (that cannot be deleted) when Google Maps works better than it ever will, and allowing users to use the host of apps and programs that Google offers first and not as a secondary install, Google is freeing up the user from constrictions and also freeing up their own revenue stream from manufacturers that would choke that flow of money. Only a small number of manufacturers, none of which include the giants of mobile technology, have signed on so far which accounts for the sheer lack of power that the current line of Android One phones are working with. However, promises of deals with ASUS, Acer, Lenovo, and even chip builder Qualcomm, may be a sign of a massive amount of power that count be around the corner. It works this way;

Google chooses from a large number of applications that are approved for any phone built for as an Android One device. When a manufacturer signs on with Google, they are allowed to choose from the suite of applications to cover anything they wish to be a hallmark of the device itself. Each app, prechosen by Google, is in line with Google’s guidelines for what they’ve wanted from their devices all along.

Android One is NOT a new OS. It is simply a new manner in which the internet and mobile giant is marketing their phones and OS. One that hopefully evens the often chaotic field that is the Android market.