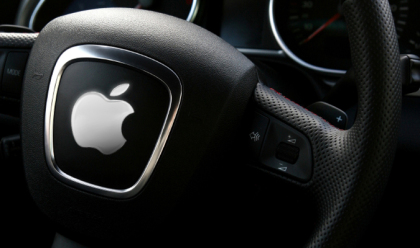 It is reported Apple one of the world’s largest smartphone maker, is now secretly working on a new Apple iCar project, which is expected to hit the market in 2020.

The company required 5 years for the development of this outstanding electric car with some unseen features, that’s why the company is working secretly to save this automobile technology. The company is planning to keep the technology highly secret in order to give a tough competition to the other electric car makers.

The reports say hundreds of Apple’s employees are working on this project, that is approved the CEO Tim Cook a year ago. They named the project “Titan” that will keep as low as under 1,000 employees.

The Bloomberg reports claimed Apple is trying to complete with the Tesla and General Motors Co., that have been planning to hit the market in 2017 with an electric vehicle, that would be able to run over 200 miles on a single charge. The cost of General Motors’ car would be under $40,000.

For now the facts of Apple’s new automotive aspirations are slowly leaking out, that shows the company is using their highest engineering approach. On the other hand, CEO of Tesla claimed Apple offered an increase of 60% to their employees’ salaries and possible bones of $250,000. 9to5Mag reported Apple also recruited an expert Mr. Jungwirth away as the head of Mercedes-Benz’s Silicon Valley R&D unit.

Now Apple seems to be entering a new marketplace but to have a step in the automotive industry will be counterintuitive and surprising to all of us. We all know Apple always try to jump in new technologies as previously have produced several competitive tech products, but to build an iCar by Apple is wholly new for the industry.

Stay in touch with us in order to know the Apple’s iCar Features that are expected to reveal soon, we will keep updated you with all new tech products of the company.