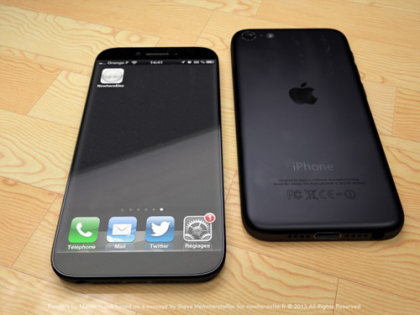 It’s only been a few months since the iPhone 6 and iPhone 6+ were released and people have already started talking about the next iteration in the series, the iPhone 7. The rumor mills have already started predicting what the new iPhone will look like and what new paradigm shifting technology apple will come up with this time. So in this age and era where its rumors are in plentiful, iPhone 7 is going to have the same fate as many of the other products.

One can definitely not know for sure what the new iPhone 7 features, but one can sure take an educated guess and make a calculated prediction on what it will be like based on the current market trends. But since apple has been known to push the boundaries when it comes to innovation and setting a market standard, we can be sure that the new iPhone 7 will follow the same trend.

Let’s take a look at some of the areas where we think apple will look to improve and innovate:

The thing that made the most fuss during the release of the last iteration of iPhones was the screen size. So now Apple finally decided to give in and chose to go with a 4.7″ and 5.5″ screen. But the new iPhone 7 will feature the same screen size and design or maybe an upgraded screen size of at most 5″.

The main changes will be under the hood where apple will come up with a much better and improved display technology which will make it more power efficient without any trade-offs on the quality and boost the resolution to something that is close to 1080p or even as high as 2K and give it a retina branding to match the pixel bar set by other companies.

When it comes to features and functionality Apple had really raised the bar in terms of phone security with the introduction of their touch ID fingerprint scanner system with the iPhone 5s and now the iPhone 7 will feature an even more advanced and secure version of the touch ID sensor and may even possess a new Sense button which can interpret the user’s gestures and movements like a track pad for added functionality. Apple always believes in adding a feature that is utmost necessary.

When it comes to design Apple doesn’t prefer much change and it is certain that the iPhone 7 is going to follow the same design philosophy as the iPhone 6 and 6+ which is already perfect.

The only design change that Apple will make is the addition of the circular crown which will be passed on from their apple watches into the iPhone. The crown could replace the power button which when pressed could lock the screen and the crown could be turned to perform variety of functions like switch profiles, zoom in and out or even turn pages without having to touch the screen or adjust brightness maybe or even make it user configurable. The newer iPhone 7 will also come in a variety of different color schemes to add to its luxurious gold scheme.

In terms of hardware, Apple always provides a good powerful hardware with enough power for their phones to run completely lag free and the new iPhone 7 will be the same. The iPhone 7 will feature a new and more efficient and powerful combo of apple’s A9 chip and the top of the line M9 motion chip with their 64-bit architecture chips which can handle any task that is assigned to it with ease. The new hardware will not only be powerful but also energy efficient which is known to boost the battery life by around 10%. It may also have a new and updated network chip for faster and reliable network connections.

When it comes to software, apple has always kept a closed environment unlike android which has kept their software ecosystem open source. But with the introduction of iOS 8, apple has started to open its doors a little towards making their software a little more open and letting the users customize their software experience a lot more than their previous versions.

With the iPhone 7 Apple will introduce the new iOS 9 which will continue the trend started by iOS 8 in making things more customizable for the users, all the while making it more secure and efficient. It will also let the users change themes among other things.

In terms of build quality, apple devices have been always been very sturdy and this sturdiness is due to the use of metal over plastic by Apple, with the exception being the iPhone 5C. The iPhone 6 had come under a lot of scrutiny for being lack luster and weak in terms of build quality and being very susceptible to bending which led to the infamous “Bend gate” controversy.

So with the new iPhone 7 Apple will look to improve on those flaws and try making their new device tougher than ever before and will feature their new ion-strengthened glass and add more elements which are made of the super strong sapphire crystal on their phone which can already be seen on the Apple watches and the iPhone 7 will look to get rid of all the weak points which caused the previous phone to bend.

Apple believe in a particular set of principles in terms of screen and phone sizes but with the changing market trends they are changing too. Hence, the iPhone 7 features a very compact size and dimensions. The iPhone 6 was 6.9mm thin and the iPhone 7 may be even thinner. Apple has taken into consideration the fact that the device doesn’t become thin to the point that it becomes difficult for the users to hold it or to the point which affects its build quality. A version may also feature the dimensions of its previous iterations.

The iPhone 7 will possess the newly introduced USB-C connector which is not only universal and soon to become the market standard in the coming year but also is fast and can charge the phone faster than its previous versions and can even transfer data at lightning speeds and provide high level of connectivity. The iPhone truly pushes towards the new single port which can do it all. It will also feature the usual 3.5 mm audio jack for audio connectivity.

Also having recently acquired the Audio giant Beats, the iPhone 7 features a newer improved audio driver which can not only output loud but also crystal clear sound that both apple and beats are famous for. It is also highly unlikely that it will feature front facing speakers in the next iteration. There’s also a rumor that Apple’s underground research on ‘wireless charging’ will be introduced on upcoming iPhone 7. So in conclusion, the iPhone 7 is going to be a successful device like all apple devices are and a lot of people all over the world are going to buy it. It is not only because through the years owning an iPhone has become a style statement but also because every year apple comes with a device that is truly worth buying and the iPhone 7 is going to be no different.