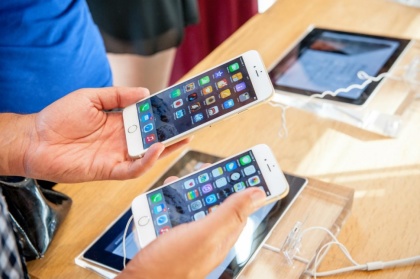 According to analysts, China, the world’s biggest smartphone market is shrinking, so to speak. Today we can witness a slight drop of their native Xiaomi brand whose market share counts only 13.7 % in the first quarter of the current fiscal year. At the same time, Apple takes 14.7 % of the market share, according to IDC, a market researcher.

Consumers in China had stopped buying Xiaomi smartphones as intensively as they did before and moved on to some other brands similar to Xiaomi. Even with such a decline, China still stays the leading market for smartphones in the world.

As a result, the producers of smartphones will be challenged with finding new opportunities for growth because they will have to convince already existing intelligent phone owners to invest more money to upgrade the device they already have. That’s a lot more difficult task than persuading a fist time buyer. Nevertheless, the Chinese market still stays the biggest in the world. According to IDC, Apple took over as the leading vendor of smartphones in China. Will Apple be able to sustain its position? That’s hard to tell, but they scored big, and it shows.

IDC also mentioned that consumers in China still have a good appetite for smartphones with a larger screen such as Apple’s iPhone 6+. However, it is still uncertain if Apple will be able to ship marketing-leading volumes since the consumers moved past the “halo” stage of the iPhone 6 launch.

Samsung had a very distressing first quarter. The company shipped 9.6 million smartphones to the Chinese market during that period. They had a drop of 53% in comparison to 20.5 million devices shipped in the first quarter of the previous year when Samsung led the smartphone market in China. This time, Samsung took the fourth place, just ahead Lenovo. It will be interesting to follow Samsung and to see how big of success will it have with its new Galaxy S6 Edge and Galaxy 6 when we know that Xiaomi has just launched its most impressive smartphone, Mi Note Pro.

China is one of the leading markets in the world concerning technology. Smartphones have proved to be very desirable and appealing to Chinese consumers. Some estimates have shown that China is a market with approximately 520 million users. Given the size of that market, companies such as Microsoft, Apple and Samsung are all in the competition.

According to IDC, Apple owes its success to buyers who changed from being first-time owners to second-time buyers.

Such tremendous competition in China can be gauged by the fact that in every single one of the previous five quarters, a different company has been on the top. Due to the large size of the market, vendors of smartphone devices are in a race for a “slice of the pie”, so to speak. The producers will be forced to find some other markets for their continuous growth and development, due to the fact that Chinese smartphone market continues to decline.