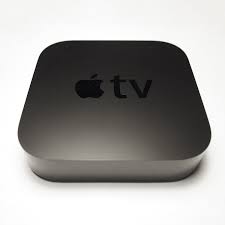 As a big fan of Smart TVs, I am always looking for a new way to really extend the life and functionality of the gadgets that I have connected to them. I’ve used Chromecast for some time and I am a big fan, but as a recent recipient of an AppleTV, I am quite blown away at everything that it can do. So, in classic mobiletweaks.net fashion, I delved into the little device and spoke to as many people as possible to figure out some of the best shortcuts and tweaks possible for Apple’s foray into television. I’ve compiled a good list of fun and useful hints for your own AppleTV that may have slipped by you in the time you’ve owned it. With a layout similar to iOS, it’s quite easy to move your apps on your home screen around in a way that you want. By highlighting the application you’d like to shift around then holding down the Select button on the remote, it will make the icons on you home screen begin to shake. Now, just move the selected application to the spot on your list where you’d like it to be! If you’d like to hide an unused application, just press Play while the icon is selected and choose Hide This Item from the pop-up list. AirPlay, which allows mirroring from both your Mac and iOS devices, is an incredibly useful feature with several interesting little hidden tricks. Depending on the game you are playing on your iOS device, there may be an AirPlay icon in the game itself. By tapping that, you can mirror the game to your television, sometimes with added functionality of two screens. In addition, you can also mirror your Mac’s display to any AppleTV enabled television with a few clicks of the mouse on your Mac through Control Center and the AirPlay choice. iOS Device as a Remote

In much the same way that certain apps can act as a remote control for Smart TVs, your iPhone or iPad can function as a remote control for AppleTV as an alternative to the small metal remote that comes with the device. A quick install of the Remote app will get you up and going, even allowing you to use your mobile device as a keyboard alternative to the single letter selection method the remote requires.