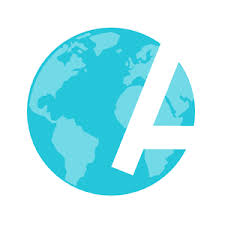 The Atlas Web Browser, in the opinion of us here at MobileTweaks.net, is a breath of fresh air in the near polluted atmosphere of mobile web browsing. Nearly everything you use today seems to carry unneeded “features” and gimmicks that make it difficult to use and process. It seems that if your browser of choice has a beloved feature, there are several others, both visible and behind the scenes, that muck up the entire experience on some level. If it’s not an issue with the UI, it’s a coding issue that causes conflicts with JavaScripting. And all too often a website’s invasive advertising makes the “mobile” version of their desktop site near unusable on current products. This tiny web browser, however, is well on it’s way to circumventing a lot of these issues. Built out the frustration with the mobile web itself, Atlas Web Browser tackles the issues of inconsistency in mobile browsing head-on with a small collection of tools that prove themselves incredibly versatile when surfing the web extensively on your Android device. The problem lies in that there is not set coding that handles the issues presented by the need to view some websites in a desktop mode and others in expected mobile mode.

Atlas Web Browser tackles this problem by allowing it’s user to quickly and efficiently switch between desktop and mobile views, but also including the ability to customize the process more by incorporating a “HI-FI” mode, which allows the website to be viewed in it’s fully intended manner, a “LO-FI” mode which removes all JavaScripting in an attempt to increase performance while on the website, and even a simple and straightforward “TEXT” mode, which proves itself useful in reading long articles and journals without having to sift through a myriad of odd coding and advertising. This makes Atlas into a choice browser for those that use their phones for more than just Facebook and Email. In fact, the Atlas developer is so adamant about avoiding intrusive advertising that the free version of his app is, itself, ad-free. With controls that slide with a flick of your finger from the sides of the screen and allow you to maintain much needed real estate, in the vein of the keyboard app Minuum, Atlas proves itself to be a ergonomically pleasing offering. It’s use of the new Material Design proves that the app is ahead of the curve in design, though many of the animations and movements inherent in Material Design won’t be present in Atlas until the APIs of Android L are released from Beta, but this is hardly an issue to the usage of the app itself and only makes me look forward to the release of the next version of Android so I can experience Atlas the way it is intended.

I found Atlas to be quick and stable and it’s dev open to suggestions in a friendly manner, even offering commentary on development on the famed XDA forums. Currently, Atlas 1.0 is available on the Google Play Store. If you’re looking for a quick alternative to bulkier web browsers currently offered, Atlas just may be what you’re looking for.