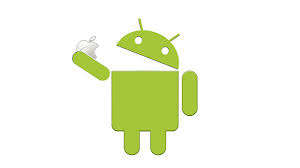 With the release of Apple’s latest iPhone iteration, the 6 and the 6 Plus, there are many out there that almost instantly look for an alternative to the stability and power that the iPhone is known for. While there are often many Android options that outshine the iPhone in terms of internal specifications, few tend to stand up to the Apple platform as a whole. However, there are always some that seem to step up to the plate and we here at mobiletweaks.net would like to give you two options for upcoming Android smartphones that will give you the reliability and power of the iPhone without that pesky iOS to annoy you. As a huge fan of last year’s Moto X the newest offering from Motorola of the X series is quite exciting. Running the latest, and likely last, version of Android (KitKat 4.4) with an impressive set of internals that include the Qualcomm Snapdragon 801 Quad-core 2.5GHz, you’ll be hard pressed to find a phone that can compare as easily to the iPhone 6. Its screen sits neatly between the 6’s two choices at 5.2 inches and the 13MP camera really shines with the 1920×1080 screen resolution and OLED capability. The phone is smooth and sleek looking, reminiscent of the LG G3 in terms of ergonomics, and promises to continue the great line of devices that Motorola has produced with the Moto X. The first generation was a favorite of mine and I’m looking forward to tinkering around with this next Motorola offering, even though the release date is still a bit of a mystery, though it is rumored to be coming out this month, if not early October with the likely release of Android L. The Sony Xperia Z3 is simply a fantastic piece of technology and, above many others, a great transition phone for people coming over from Apple. Due to power specs that rest easily in the same range as the latest iPhone, many see this as a great bit of competition for Apple. Impressive internals that are the same as the Moto X mentioned above, though accompanied by the Adreno 330 GPU to handle display graphics to give more processing power to the device all around, make the Sony smartphone shine. It also carries what is arguably the best smartphone camera on the market, coming in at 20.7MP on the rear camera that can give you some of the clearest and sharpest images you’ll find short of professional quality cameras. Combine these specs with a waterproofing feature that allows you to have your phone submerged up to 1.5 meters deep without worrying about damaging it in any way and you are left with an amazing device. And in Apple fashion, Sony is offering two versions of the Z3; The 5.2 inch Z3 and the 4.6 inch Z3 Compact. While not as large as the iPhone 6 Plus, it’s still large enough to please many phablet users in terms of size, though the incredible display and power on the phone will bring them around completely in short time.

Newer PostAndroid One: How Google is Taking Back Android
Older PostSome of the Best Unknown Features of iOS 8!