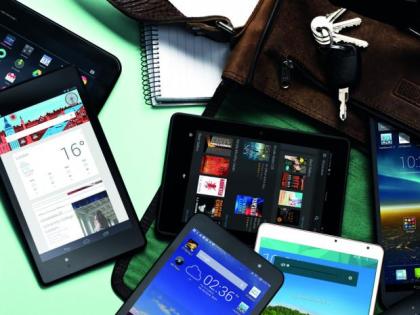 Are you in need of a tablet, but thinking to get a best one and doesn’t get it yet? Samsung, Apple, Amazon and Microsoft are the well-known companies who created some of the great devices at the last of 2014 but these are still best. One of the given best tablets for 2015 would be your perfect choice of this year. The Samsung Galaxy S 8.4 would be an extraordinary tablet for you, at the start the price of this tablet was very high but now it comes down after few months of release. The tablet comes with a Super AMOLED screen, which gives you better color contrast compared to other LED tablets. This tablet is a super-slim tablet that offers bundles of features. The basic portable device features like Wi-Fi ac, infra-red, microSD and MHL and fingerprint scanner that you wouldn’t get in iPad Mini. Apple’s iPad Air is one of the great devices by the company released and a number of users are using this tablet since then. However, the iPad Air 2 offers several advanced tech features as compared to the previous model. The latest A8X CUP in new iPad Air 2 brings faster speed and extra power. The company comes with an improved camera. The Nvidia Shield is going to be your best gaming tablet for 2015. The tablet comes with 2 in 1 features you can surly enjoy 8-inch Android tablet as simple other tablets as well as it’s a brilliant portable Android game console that you may use with an optional wireless controller. The powerful Nvidia Tegra K1 processor gives you great experience for fantastic game playing on the 8-inch screen. An HDMI output help you to hookup your tablet with the TV to play games on the big screen. Nvidia Shield brings Android 5.0 Lollipop for better using experience. So, the tablet is great creation among best tablet for 2015 gamers. Amazon has created a 6-inch tablet with lower price that makes it your obvious choice for the people who love to read books and tool up your kids with their first tablet. It took place in the best tablets for 2015 because of several outstanding features under your budget. The tablet brings IPS screen that looks pretty cool using over-720pixel resolution. The Fire OS is very easy to use then android, though, this tablet is best for the people who are looking for Amazon services like MP3 and Instant Videos. Surface Pro 3 is one of the great window’s tablets by Microsoft that gives you the choice to use it as your laptop. The tablet comes with 12-inch screen size, which is bit bigger than Samsung, Apple and other company’s tablets. The magnetic keyboard allows you to use a physical typing mode whenever you need. The experts think it’s a real computer a tablet as well.