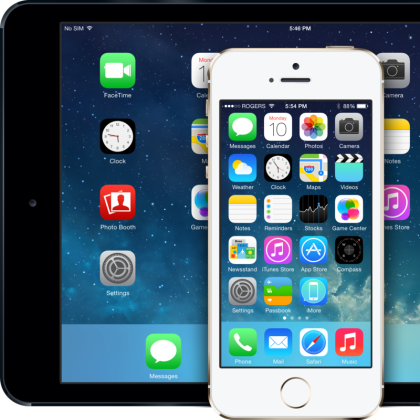 iOS 8 released this week and as expected the new features of the released Apple operating system are many and, often, subtle. With iOS running efficiently as it is, many of the upgrades that iOS 8 brings to the table seem to be under the hood tweaks and efficiency changes from inside many of the Apple in-house applications. We here at mobiletweaks.net have gathered a list of some of those changes in iOS 8 that may have snuck past you upon it’s release.

There are a number of new features from inside the camera application.

–          After opening a picture and hitting the Share button in the bottom left hand corner, you can actually rearrange the visible share options to an order that you prefer, or by scrolling to the right to the More button, you can remove specific buttons from the list altogether. This is also where third party applications that effect photos or social media will appear.

–          In addition, before taking a picture, after selecting a focal point on the screen, you can adjust the exposure of the photo before it’s taken, allowing you to actually pre-edit your photos to a small degree before actually taking them.

–          The front and rear camera both feature a timer that allows you take a burst of pictures over a specific length of time. And a time-lapse feature on the video recorder allows a long video to be played back smoothly and quickly. A number of other unrelated settings and features can be found as well, including;

–          By going into Settings and then Accessibility, you have the option to grey scale the entire OS, allowing users with visual contrast issues, or customers using the e-reader function that often is more difficult on smaller screens like smartphones, to find a little relief. The function, like most features, can easily be turned on and off.

–          Siri has a few added features to go along with its increased voice recognition functions. Shazam, the most popular music identification application, has been integrated with Siri. By simply asking Siri what song you’re currently listening to, it will not only identify the song but give you the option to buy it through iTunes. Also, as long as your phone is plugged into a charger, Siri can be activated by simply saying “Hey Siri” if you have that function activated through the Siri menu in Settings instead of holding in the Home button.

–          All SMS messages, including iMessages, can be set to auto-delete after a set amount of time through the Settings and Messages menus. As messages can often take up a large amount of storage, this is bound to be a popular feature for iOS users that Android users have been enjoying for some time now.

–          Through the Settings app, then General and Usage, you can monitor how your battery life is being used through the various apps and functions on your phone, giving you the ability to monitor power usage much easier than in the past when you were required to install a third party application.