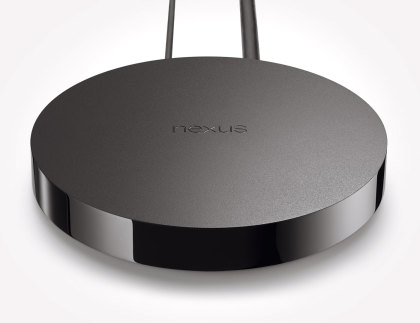 I have been an avid and loyal user of the Chromecast for a few years now. I remember when Google announced it and the gadget world got incredibly excited. We were promised a multitude of apps and functions and, given Google’s propensity and openness with third-party developers, it wasn’t long till many were speculating on what really was possible with the little device.

The Chromecast released, even in its beta stages, and nearly all of my gadget and tech-oriented friends jumped at it. And those that didn’t? Well, it didn’t take more than a single use of mine for them to be out seeking their own. The reasons were simple and few. The biggest being the pricetag. $35 is not a lot of money considering what all the Chromecast allows you to do. If anything, it feels underpriced for its capabilities. Most were expecting, even with Google’s assurances, nothing more than a cheap attempt at the market streaming boxes such as Roku and Apple TV were covering.

The other reason? It’s beyond easy to set up. Plug it into an HDMI port, give it power and Wi-Fi access, and you’re off to the races. That’s it. There’s pretty much nothing else to it. Sync up with your tablet, Android powered phone, or iOS phone, and you can stream content to your heart’s content. The days of driver installation, software compatibility (to a degree) and long and drawn out installation processes are slowly fading. Chromecast, without a doubt, is going right along with the mobile functionality that our beloved smartphones and tablets bring us.

Most of didn’t know what to expect. We were, without a doubt, pleasantly surprised.

I own two Chromecasts and have passed out several as gifts in the past. As an unapologetic Google fan-boy, despite the iPhone 5S that I own, I find that spreading the incredible little device to a multitude of people that could benefit from its functionality to be pleasing. Who wouldn’t want to be able to essentially turn their television into a smart TV for free, if gifted, or even for the price of a dinner at one of the dozens of box-style sit-down restaurants in every town?

So, sliding off of the Chromecast hype train, what is to be made of the Nexus Player?

Hot on the heels of the Nexus 6 launch, Google has announced the coming of the Nexus Player, which from the looks of it is a direct answer to Apple TV. However, many are confused by the Nexus Player. Most of the things outlined, which we will get to momentarily, are things that the Chromecast does better than nearly any other TV device out there. What is different and why should we, loyal Chromecast users and those who we’re looking to bring into the fold, be interested in the Nexus Player at all?

Let’s start at the bottom.

The Nexus Player is essentially, from the looks of it, Chromecast’s bigger brother. Keep in mind this. In order to use Chromecast, you need a few different things; a smartphone or tablet with the free Chromecast app installed (iOS or Android will do) or a computer that is running Google Chrome. Without these things, you can’t use Chromecast. To many, that’s not an issue. However, Nexus Player doesn’t require any of these things. Like Roku or Apple TV, it is an all-in-one product, powered by its own Android TV OS and carrying its own fairly impressive internals, namely a 1.8GHz Quad-Core Intel Atom processor. The internal processor, something that Chromecast does not have, means several things for the Nexus Player in terms of comparison against its predecessor. The Chromecast, as stated, needs something to stream to it. It is, basically, just an interface for your signal stream to get to your computer and is basically limited by a small number of interactive games and primarily Netflix or other media services. Nexus Player, however, is not a middle man. The media, whether it be music, movies, or even games, are streamed directly to it and, in turn, your television. No real latency issues, no signal degradation if your Wi-Fi is weak.

While Chromecast has an assortment of apps designed for it, on the whole it is limited. Apps aren’t exactly designed for the Chromecast as much as with it in mind. Nexus Player and its Android TV, an optimized version of Android 5.0 Lollipop, will have access to a vast majority of apps available through the play store, something Chromecast cannot do.

What about gaming? Chromecast, as stated before, has no Apps designed for it as much as those designed with it as the medium in which we use the application. This means, basically, that while you may be able to play a game on your TV through the Chromecast, often through some third-party streaming application of what is running on your phone or tablet, you aren’t playing the game on the Chromecast directly. You are still only streaming it. Gaming on the Nexus Player is one of the hallmarks of the device, so much so that there is a gaming controller that is being sold with it. One of the biggest drawbacks of gaming on the Nexus Player that I can personally see is how they expect games designed for Android, most of which are touch-based or motion-oriented, to work on non-touch television sets. The controller interface will likely have motion to it to some degree, but the rest of its interactivity is yet to be seen.

I look forward to getting my hands on the Nexus Player when it is released, just to test the potential the same way I did the Chromecast. But until then, speculation and the often good word of Google is all we have to go on.

Newer PostApple in Talks to Extend Apple Pay to Keycard Building Entry and Electronic Transit Payments
Older PostCamp Pokemon: The Best Introduction for your Young Children to Pokemon on the Market