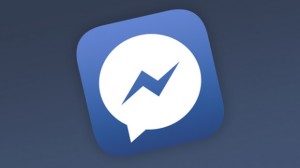 Recently, Facebook decided to make all of it’s mobile users download a second application in order to send Messages to other Facebook users. For a long time Facebook has had it’s privacy practices called into question and this switch from the in-app messaging service to a second application to handle it’s messages has caused quite the uproar among it’s users. The application, simply called Messenger, handles all the Facebook messages sent between two users of the social media giant. Though it’s been available and working for several years now, only recently has Facebook forced it’s user base to begin using the application. Much of the issue is in the permissions listed in Messenger’s Terms of Service agreement, which include allowing the application to call numbers, send SMS text messages, record audio, video, and take pictures without confirmation, and read personal profile information stored on your device.

All in all, all these reasons are legitimate. The Messenger app works quite a bit like a third-party dialer or SMS service, in that you can send video, audio, or photos directly from the application itself, or even make direct calls to other users of the app. However, the addendum of allowing these things to happen without your direct confirmation has been upsetting to many of Facebooks’ users.

However, due to much of the user base of Facebook already having the app without losing a massive amount of life-changing personal information before the forced switch was implemented, it’s hard to believe that anything is really going to change. The Terms of Service that has everyone worried has been around for several years now and is nothing unique in the world of applications. Most apps, especially on the Play Store, track much of the same information that Facebook tracks themselves and often even more. Even mundane apps like Weatherbug asks to view any device connected to your current Wi-Fi network in it’s list of permissions.

In short, this isn’t some attempt to take over the world by Facebook. In fact, if the switch by Facebook had been handled in a quieter way and not so dramatically, most would not have even noticed the list of harsh sounding permissions required by Messenger. In fact, several studies actually reveal that less than 10 percent of mobile users actually bother to read the Terms of Service agreements that nearly every application available requires. A lot of the worry stems from the way that Android handles permissions versus the way that iOS handles them. Where iOS only asks for permission to access a specific part of your phone as it’s needed, Android covers all the permissions at once upon the first use of the application. Upon seeing a request from Messenger, which is supposed to only be a messaging application, to be allowed access to the user’s microphone or camera, many Android users began to worry.

Just remember, you don’t have to use any of the applications that are available to you. However, you would be surprised just what innocent apps have access to some of your most personal information. Messenger is no exception and, in fact, is fairly tame when compared to others of it’s kind.