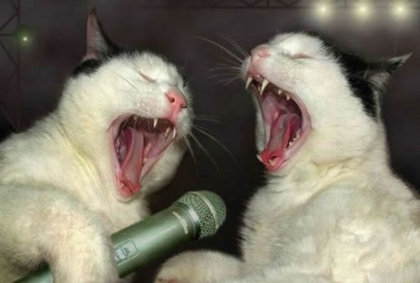 Not every Android tablet is made equal. That’s the price we pay for an OS that is allowed onto a non-centralized hardware platform. When just about anyone can build a tablet that can be sold with Android running things behind the scenes, then you’re going to get some crap from time to time. It’s the way of things. It’s Open Mic Karaoke and everyone is a little tipsy on dollar shots and looking to sing. You’re going to get some real gems on stage, some that are downright amazing. Most sound like they should be standing in line at some singing competition because no one had the heart to tell them they’re tone deaf.

Those are the cards we were dealt and you know what? We understand those cards. Is he right? That’s to be seen. My biggest issue is his claim that the Nexus 9 just simply isn’t a great tablet. Now, I’m not going to get into the any sort of argument on the internet, especially one along these lines. When it comes to devices listed among the top for mobile tech, it’s really just a matter of preference in the end. If Mr. Ruddock likes the iPad Air 2 better than the Nexus 9, that’s his opinion. It may be wrong, but that’s his opinion.

I simply question the approach. If your loyal readers are coming to you for Android advice and picks and tips, how does it appear when you push the direct competition? Personally, I would question any sort of confidence I had in that person’s advice and opinions concerning the chosen subject. If they were one of the mouthpieces I trusted in what I should look for out of my next Android and they gave me “In fact, I’d argue that no Android tablet is (great)” I’d possibly think twice before coming back. This and a lot of laughing was my initial response.

Again, in the end, it’s all opinion. I personally love the Nexus 9, but the iPad Air 2 is a solid piece of work as well. It’s the steady, unsurprising person at drunken karaoke that’s there every week. Everyone likes them well enough, but there’s little variety. They usually just sing the same song over and over. And when they try to change it up, you lose cellular reception for a few days until they go back to what they were doing.

My idea on the matter is stick to what you’re known for and branch out, if that’s what you want to do, in a way that’s smoother and possibly a little less obtrusive to your target audience.