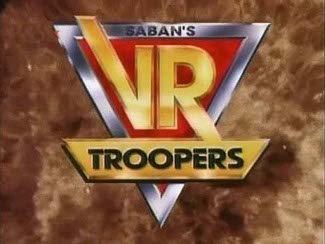 It seems that in the wearable market, Google Glass may not just be a proof-of-concept fad that many have pegged it to be. Granted that there are a great many people out there with it, at least in terms of the odd-looking device versus the entire population, it still doesn’t prove that Glass was going to be anything more than an attempt from the California tech giant to show off some fancy new technology that honestly wasn’t going to be anything more than a one-off thing. Let’s face it. The idea of Augmented Reality has been around for a while and while some have tried to incorporate it into daily life, none have been successful. On the other hand, we have a large number of people attempting to jump on the bandwagon. Oculus with their Rift headset comes to mind first, though you could argue that Oculus has had Rift in development for longer than Glass and that, when you look at the intent behind each device, they have distinctly different uses in mind. Oculus seems to be focusing on gaming with the Rift headset, though they’ve already proven that there are a multitude of other uses for the kit, while Google wants you to use Glass in your everyday life. It wouldn’t be too much to say that the intent with Glass is to possibly replace the handheld mobile at some point in the future. It’s honestly not that far-fetched. Add in a growing number of other companies trying their hand at the AR/VR, such as Sony’s Morpheus, the True Player Gear Totem, and the incredibly futuristic-looking Avegant Glyph (that projects images directly into your retinas like some wannabe Geordi LaForge), and you’ve got a market that’s growing steadily. Wear these and you’ll be promoted to Chief Engineer in no time.

I’ve expressed my opinions before on the wearable market, especially in sight of the smartwatch fad that is starting to gain a little ground. Honestly, I still stick by my assumptions, though I enjoy being proven wrong in terms of the tech world, especially if my opinions are of the idea that something just isn’t worth the time.

I do find myself differing on this side of the wearable market, though. Glass seems to represent what I honestly believe to be the future of how we handle mobile technology. While I don’t see Glass completely replacing the handheld anytime soon, I do see that coming likely soon than we’d realize. It wasn’t that long ago that cell phones as we know them were inconceivable science fiction. Who’s to say that the Eye-Phone from Futurama isn’t actually that far-fetched? Though, I hope the execution is a bit less painful and direct.

All in all, Glass and anything that comes along with in it the near future will, just like the smartphone and what it’s become, shift how we communicate with the world at large. When what we see at any given moment becomes potentially what we share with the world, when do we draw the line between privacy and public? The benefits are there, but so are the drawbacks.

I do hope they eventually look less goofy.