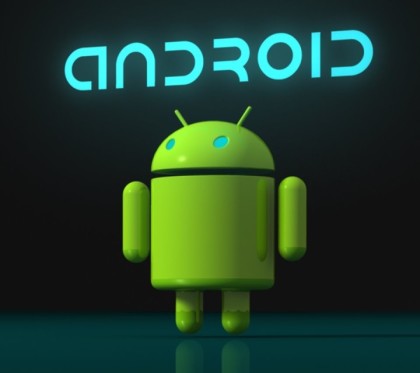 Today, Android stands to be the great Mobile operating system ever built for smartphones .You can do amazing things and lots of experiments with your phone. Android is not simply a phone, but a fully featured computer device. With rooted android phone, one can gain complete access to ones android phone. With the current evolution and advancement in the development of mobile technology, mobile devices are very common feature today; mobile phones altered completely the way of two- way communication. Today the market is flout with many operating systems for mobile devices, but the Android is the most famous and best operating system for mobile devices. It is an OS meaning that you can install other software’s or application on it.

There are risks associated with hacking by mobile devices and people are innovatively developing and using different applications to deal with the problem of hacking attack. Android has been faced with many challenges from hacking application. Some of the applications that have been developed by Android include the following:

At the moment there are very Android apps to hack most of these apps are user friendly and good for working. These Apps are the must apps for a hacker:

The last Defco conference has witnessed the release of a new tool by a security researcher. This tool came by the name “The Android network toolkit”. Android network tool kit is a kit for pentesters This are been developed purposely for ethical hackers and for penetration tester to test any network and their vulnerability using their mobile devices. Nmap stands for network mapper- it is the among the best different network scanner (port finder) tool. Nmap is a network scanner tool that gives all information of the IP address and website. There is a version of Nmap that has been developed for Android users. Using these application hackers can scan the IPs address through mobile device/phone. Nmap was specifically developed for UNIX operating system (OS) but currently it is available for Android and a window as well.Nmap for android is a Nmap applications for mobile phone. Once scanning is done you can sent the results by e-mail. Nmap is not official application but it looks great. This app is simply a wrapper around a cross-compiled Nmap binary built for your Android phone.

This application has been developed for hacking social networking websites, this include twitter and face book. FaceNiff was developed by Bartoz Ponurkiewicz who both firesheep and FaceNiff. FaceNiff was developed for Android operating system. FaceNiff bear close similarities to to firesheep whereby it exploits the vulnerability of facebook on WI-Fl. You can have access to the sessions on the facebook on current WI-Fl.

Secure Shell or SSH is the best application that gives an extra security protection cover, while you are connecting with your remote computer. Secure Shell or SSHDroid is securing shell server from a personal computer and it excutes commands like “terminal” and adb shell”. Using this application you will be able to connect to your mobile device for your computer and be able to execute commands. Whatsapp is a messaging service application that very famous available at goggle play. It is used by millions of people when chatting with their colleagues and family. However, its users for long have been faced with privacy challenges. Whatsapp sniffer is a free application that makes you able to access Whatsapp messages of a same Wi-Fi network. It catches pictures, conversations, videos/audio transmitted by Android mobile devices. To be able to use Whatsapp Sniffer, all you require is only a rooted Android mobile device. The download Whatsapp sniffer apk on your devices, install and then start reading other people whatsapp conversation who share same WI-Fi connection.

This traffic sniffer that works on 3G and WI-Fl (it also works on Fro Yo tethered mode). To open dump use wireshark or similar software, for preview dump on mobile device/phone useshark reader.