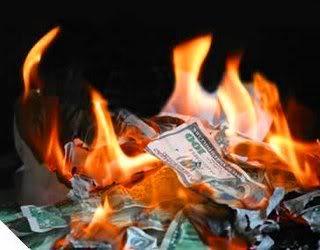 I am, as it’s probably known at this point, a big fan of the Nexus line of devices. Pound for pound, I believe they’re some of the best mobile technology on the market, especially when you start looking at the tablet end of the line. There’s little that going to stand up to them in terms of power and usage. They are, in many ways, Google’s testing grounds for all the new fun stuff they’re coming out with and the flagship series at the same time.

However, sometimes what’s for me isn’t what for you. So, then it becomes my job to give you some options and I’m going to do just that.

Today I have for you’re the Fire HDX 8.9, Amazon’s latest “9” inch tablet in the Kindle Fire series. Having dropped the Kindle name to fully attempt to distance their tablet from the eReaders the name began with, Amazon has brought out a fairly impressive little piece of machinery with the Fire HDX, though I’ll be as impartial as possible by telling you that it still has most, if not all, of the drawbacks that push a more in-depth user away from Amazon-style tablets (Like the Nook series with it.)

First off, the good. It’s very, very light. Like 13 oz light. This means that the 9 inches of screen combined with the weight of the device gives you an incredibly thin tablet at that. While not the lightest or the slimmest, it’s definitely impressive what they’ve managed to cram into this offering. With that, the 2560×1600 screen is greatly complimented by a very impressive 2.5GHz quad-core processor and the ADRENO 420 graphics chipset. It’s fast, sharp, and incredibly responsive. The cameras themselves, both front and rear facing, aren’t much to write home about, but good software to accommodate the average 8MP rear camera makes it great for those that would be interested in this tablet. Dolby Atmos Audio gives the little thing some punch and clarity in terms of sound as well, something that’s coming to be expected out of tablets these days. Toss in the in-device tech support button called Mayday and you got a good combination of power and usage. However, there are still issues. Like always, Amazon is running Android, but the modified version that suits their needs. The Fire HDX is not exempt from this. If anything, it’s worse than before. A still terrible app store is your only choice and a truly laughable amount of storage (16GB with only 10 available to the owner) really drops the tablet far down the list. And don’t think about expanding memory. There’s no microSD slot to do that with, which reinforces the need of Cloud Storage, namely Amazon’s service itself. All this and you get a very small amount of customization, but most don’t expect more than being able to change the background.

So what’s the takeaway? It’s a good tablet, but not for the price. $379 is simply too, too much for this tablet when the superior Nexus 9 is actually cheaper through the same retailer.