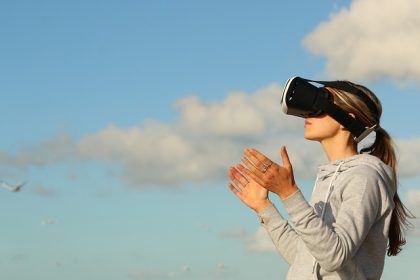 Where is virtual reality heading to? This question can actually result in an interesting debate. Ask anybody who is connected with the virtual reality space and you will get diverse answers. But there is one common thread that runs through most of the answers and that is the VR device.

After all, a game is only as good as the device that it lands on or is played on isn’t it?

The future of gaming is certainly linked very closely to the hardware side of the industry. There are some big names operating in this space. Some of them are:

Then there are the companies that operate in more niche areas – Universal Display Corp is doing splendid stuff in OLED. InvenSense has come up with a 6-axis group of motion sensors.

One of the most common ways in which this space gets divided is along three categories – PCs, consoles and mobile.

Virtual reality games have to cater to the PC space even as the industry moves along. The future is likely to bring in more streaming technology. This can help the PC VR gamer to access and buy or trade game content via his or her PC. The gaming experience on the PC is also likely to grow richer because of companies such as AMD creating more and more powerful processors and chips.

This space is perhaps the most cost-effective one to be in. Most consoles are less expensive than mobile VR sets. For instance, Sony’s PlayStation VR occupies the mid-range price category. Immersive gaming is a big thing here and motion tracking will determine which console based game succeeds more than the other. Manufacturers may also offer bundled offerings to tip the scale their way.

Sensors will play a role as well. While virtually every platform offers motion sensors, sensors for external visual positioning and 360-degree camera will change the way games are played on a console too. Oculus Rift a VR headset maker and backed by Facebook, is making a lot of progress in innovative solutions.

The lightness and portability of mobile VR gaming is its biggest selling point. Why else would Facebook be talking about going the mobile way with VR gaming? Who are the players to watch out for? Google and Samsung, for sure. One thing that could determine the future of VR gaming with respect to mobile is the game’s compatibility with the phone resolution. Here again, comfort for the player is paramount and manufacturers will have to cater for gamers who wear glasses or contact lens too.