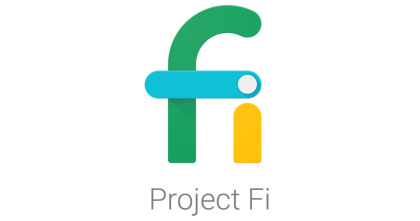 We heard some rumor news before, about the Google’s Project Fi service, but now it is officially wrapped off on Wednesday with the offer to take on how users pay for data.

Project Fi is invite-only so far and comes with a plan costs $20/month, and you have to pay $10 for every GB of data, says Google’s latest blog post. You will like this offer because Google is ready to refund, in the shape of a credit, the amount you spent but if you didn’t use it. This service makes itself different from the other major carriers, whose incomes based on the charging a huge amount of monthly fee for big buckets of data.

Some other famous carriers, like AT&T and T-Mobile, started offering data rollover, but their packages are not compatible for the users who use their services rarely, Google’s new Project Fi allows you to get your payment back in shape of credit if you don’t reach your monthly data limits. Google is offering wireless services as MVNO (Mobile Virtual Network Operator) – same as Republic Wireless and Virgin Mobile. It helps you to sum up other network resources like T-Mobile and Sprint. Google aims to help the users without using a number of networks on a single device.

You will glad to know the brand new Google’s Project Fi brings Wi-Fi to sustain the data loads. It gives the users auto connectivity to the lots of publicly available hotspots. Google thinks this way they will be able to improve the data networks safety.

This Google’s services being offered nationwide coverage, no matter you are a user of 4G LTE or not, the connectivity differs by area, the same feature existed in other famous carriers as well. With the Project Fi phone number, the owner can make calls, send and receive messages on any device. For Now Project Fi is only available on the Nexus 6!

If you are not a user of Google’s Nexus 6, it would be a bad news for you as Project Fi is only available for the 6-inch Motorola device sold by Google. On the other hand, if you are using Nexus 6 you would need a new SIM card specific to Fi. It is still unclear that when Google adds the service to the other phones, otherwise Motorola will be the only partner for Google Project Fi.

Google first mentioned the wireless carrier in March, when the vice president of Google Mr. Sundar Pichai shared some hints at Mobile World Congress in Barcelona. Now Google Project Fi has revealed, no doubt it is available only for limited users, might come for all Android devices, but it takes time. However, it’s a big challenge for other existing carriers.