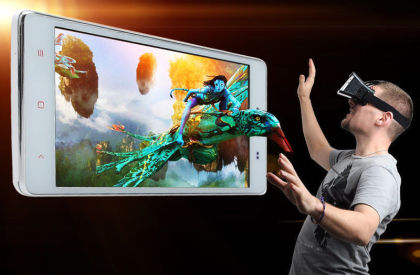 The reports said Google is working to develop a virtual reality version of Android OS. The Wall Street Journal reported on tens of Google’s engineers are involved in the project, as two of their sources have already claimed the news. The reports also claimed Android virtual reality version would be available free as the current android is coming to the different devices.

However, this project expected to run longer to get final touch, but the company is expecting several big things in the tech industry when it will release. This is the fact the device might don’t look good looking when you wear it, it seems like a big robotic gadget however, it will be a great addition in Google’s family with lots of unique features.

Now Google has several competitors in the virtual reality technology like Microsoft, Samsung and Facebook are being worked on the similar products like headsets and software so they need to be careful to lunch something extra and unique.

At the same time as virtual reality headset initially linked to the gaming features, recently revealed Microsoft’s HoloLens shows that virtual reality possibly has a much broader possibility than just live PC games. The other big competitor of Google, Facebook has bought manufactured Oculus VR for $2 billion last year and told how they can use this technology for communication purposes; simply to understand they the users of these headsets are able to talk each other as they’re in the same room.

The 3rd biggest competitor of Google’s Android virtual reality headset, Samsung is working on the similar project that looks in center stages as they revealed last week in the Game Developers Conference in San Francisco. Sony is also placed in the list of virtual reality developers. Now it’s time to be patience until the first headset released, then we will be able to get the full information of the device.