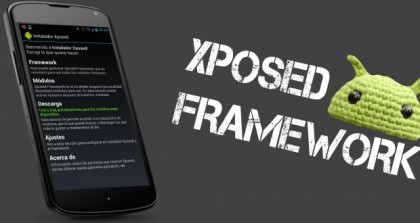 Getting Started with Xposed Framework

This framework will allow you to control various aspects of your phone, (that is an Android phone), from top to bottom until the system level. Through a series of modules, Xposed allows you to customize your phone, along with the applications you have installed. Making ROM-style changes are possible, such as changing the font style and size, modifying system text, customizing the launcher or lock screen, and so on.

All you need is the Xposed Framework latest version, and a rooted phone running Android 4.0, which is also known as the Ice Cream Sandwich, or a later version. Xposed modules are also needed, after the installation of the framework.

Installing the Xposed Framework and Modules

First of all, you need to back up your Android phone, allowing you to retry the process in case everything blows up. Try using Titanium Backup as a good backup utility.

The framework will be active in the backup, and then continue, keeping the installer close as you will need it again for the installation of modules. The installer is also used in updating the entire Xposed Framework when a new version occurs. It’s always good to keep in your phone, but can re-download it if ever you lose it. Note: The process is very easy and fast if your device will fit the necessary criteria, allowing you to get tons of customization. Now, it’s time to try some modules. Remember that the modules allow you to maximize an exceptional level of control over your device. The official module repository would be a great place to start your search because this is the XDA forum thread, which is loaded with great modules created by the community. Keep in mind that modules are similar to apps that are individually supported or otherwise, by the developer. You can try these 7 modules as these are a few of the favorites of many starters.

Almost all tweaks are possible with the different modules. The best thing about them is that you can turn them on and off easily, considering the relatively low risk of the entire Xposed Framework along with the remarkably high rewards.