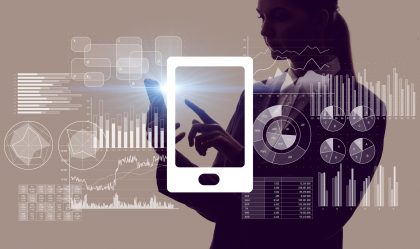 You can find apps on Google Play for everything, from games to apps for financial transactions. Unfortunately, many things can be put in the app code, and they can also pose a risk.

Is it sure a way to find out if the app is safe to use? The first rule is quite simple. Always download apps from the official store, if possible. What threats might you encounter when downloading from Google Play? Otherwise, you may open up your smartphone to harmful software.

How to Identify a Malicious Application

While malicious apps can be found on Google Play, it is still the safest app download source.

Many malicious apps are captured by the store and removed before anyone can even download them. So always prefer apps from Google Play. If possible, disable the installation of apps from an unknown source entirely on your phone.

Before you install an app, see what permissions it needs on your device. It has no logic for the photo editor to need access to the microphone. Permissions may change in the future, so pay attention to them whenever the app notifies you of changes.

Also, observe the general security rules for the entire device. Keep your operating system and applications up to date and use security software.

Adware Is the Biggest Treat for Android Users

Users download the malicious code along with an application that has a legitimate function at first glance. In the case of adware like Hiddad.HI, these are most often services that download videos or movies from the Internet, Hiddad.XF attackers generally claim to be a video player.

However, when you start an infected application, nothing appears on display. Everything gives the impression that the app did not even turn on; the user usually considers it non-functional. However, it connects to the ad servers in the background, and after a while, it starts showing ads in other apps and surfing online.

Today, there are two most common ways to get hackers to access to your finances – fake banking and Trojan horse apps. Malicious applications use many techniques to gain user trust. At first sight, they do not raise any suspicion.

Trojan Horse-based banking applications are smart. It acts as a typical useful or entertaining application that has nothing to do with finance. Historically, some looked like horoscopes or call recording applications. It will try to get you permission to install various phone features during installation.

When making a payment, they usually give the user a false login to mobile banking instead of their usual one. The user unknowingly passes the credentials to the attacker. You don’t need to know anything until your money goes out of your account.

Fake banking applications are much more straightforward. They “only” try to convince you that you are using a real banking application. Once you install and run them, the login window opens just like any legitimate application. Usually, users will immediately see what happened because the app offers no additional steps.

In 2019 hundreds of illegal gambling apps was removed from Google Play. The interesting thing about these apps is that at first glance you don’t know it’s a gambling app. At first, it looks like fit apps or anything harmless. However, once downloaded and installed, it turns content into gambling. Developers are trying to bypass the strictly set Google Play terms with this little trick.

These fraudulent applications may then offer gambling in unlicensed online casinos. By playing with such an operator, players are suddenly exposed to many risks such as non-payment of winning, leak of personal information or financial fraud with credit cards. If you have to use gambling applications, it is best to download the official version from Google Play or from a licensed online casino directly on its website.