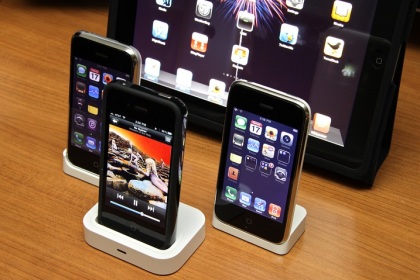 iPhone’s iOS could become boring eventually, and you’d want to explore other things such as installing Android on your iPhone. You can still use the conventional iOS though, as it could work side-by-side with Google’s Android operating system. Here are simple steps on how you can install and enjoy Android on your iPhone. However, you’ll need the best iOS device, which is the iPhone 3G and that’s what this guide will be using all throughout.

The very first step is to jailbreak your iPhone. There are several jail breaking options such as Redsn0w, Blackra1n, and PwnageTool. You can pick one of these, which will work on your platform. Download the jail breaking option and continue the jailbreak process. It’s going to be a very simple process. The next step is to install Bootlace in Cydia. Launch Cydia from the home screen by tapping the “Manage” button. Select the “Sources”, tap the “Edit” and then “Add”. You will need to add a repository, which is repo.neonkoala.co.uk. After this, tap the “Add Source”, letting Cydia do its magic. Go on and tap on the newly added repository. Install Bootlace.

Leave Cydia for a while and then launch Bootlace. Restart your phone if you don’t see Bootlace on your home screen, after leaving Cydia. After restarting, Bootlace should be there at once. Continue to launch Bootlace, allowing it to download and patch the kernel. After which, tap on Reboot and then wait for your iPhone to reboot. Launch Bootlace for another round. Install OpeniBoot by tapping on the OpeniBoot button. Tap “Install” and just “Continue”. OpeniBoot will then download and install immediately.

After OpeniBoot has been installed, it’s time to install iDroid. Simply tap on the “iDroid” button, “Install”, “OK”, and then wait for a second. For your information, iDroid is the Android OS equivalent for the iPhone, which is ready to download and to be installed. It may take a while, thus, be patient enough. Check your phone’s battery as you wouldn’t want it low before even starting with this process.

After the download and installation of iDroid, your iPhone is now ready for Android. Reboot it and you can now play around with your phone. Simply tap the “QuickBoot” button through inside the Bootlace, tapping on the Android icon, and confirm the reboot into Android.

How Does This Work?

Primarily, Android on iPhone does not always equate to those ready-to-use, full-time mobile operating system. When it comes to the nuts and bolts, the iPhone’s lock button will basically serve as the Android’s back button, while the iPhone’s home button serves as the menu button for Android. Remember also that locking the screen will be pressing the iPhone’s home and lock buttons at exactly the same time. To power off, simply press and hold both the lock and home buttons until the “Power Off” prompt appears on the screen. There are many other operating quirks you’ll soon learn and remember after doing all of these procedures.