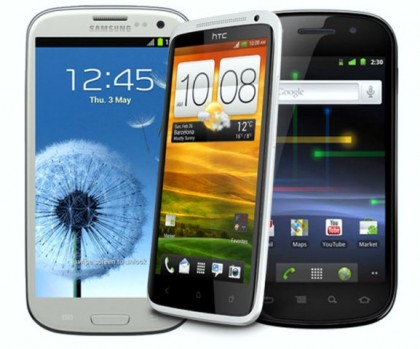 When you first bought your Android smartphone it was all shiny and had blazing speed. Switching between pages was quick and there was nothing slowing you down or making it difficult to navigate. However, as the time went by you probably noticed some changes in its speed. The phone started to lag. It became very hard to switch between the apps and you probably wanted to hammer your device.
Sooner or later this happens to everyone and it is only the question of time when it will happen to you. If it happens, do not despair, there are ways to fix this issue. By simple usage of your smartphone, it becomes slow and filled with a lot of data. Its performance gets affected because the phone needs to search between piles of data just to fulfill the command you gave it. There is a way to get rid of all that junk data and to speed up your device.

Get rid of junk data
It does not take a lot to get carried away and to download apps you need and those you could live without, or just to take as many photos and videos as you wish. The truth is that many of us download things that after a while have no use to us anymore. They just take up space and slow down the phone. One of the quickest ways to speed up your phone is to get rid of all that unnecessary data such as photos and videos you don’t need any more. The same thing is with apps, if you can’t find any use for them, just uninstall them.
However, there are some apps you won’t be able to uninstall. Those apps are loaded by the manufacturer. You cannot uninstall them, but you can disable them from using resources just by tapping on “Turn off” instead of the usual “uninstall” button.
Certain apps work in the background and you cannot see them. Just because you can’t see them, they use your battery. You do not need them all at the same time, and it is safe to turn off the ones you do not use. To start them again just tap on them, and they’ll be good to go.
You will disable them by going to “settings” and clicking on “Application Manager”. In order to see which apps are currently running in the background, swipe left until you see all those currently working apps under “Running”. The ones you don’t want, tap on “stop” and you are done.

App cache – clear it
The cache has one function only and that is to store temporary data that helps up speed the process the next time you accessed a web page. The data mentioned can be overwhelming and in huge amount. It can significantly slow down your device. That is especially true if that particular data is being stored for apps you don’t use anymore. It is very practical to get rid of it every once in a while. To do that, just go to “Settings” and tap on “Storage”.

You can use some cleaning apps to speed up your Android phone. Read their reviews before installing on the phone