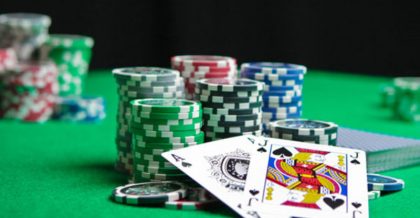 “Welcome to The Last Word”, that is how Damien Connelly is writing every time he does a new issue in a magazine. This time’s issue is based on innovation in casinos, or in other words, new innovative games found on land-based casinos. One such great example of innovation is JOA Express, a blackjack game that can be played by using a VR headset.

JOA Express is an amazing gaming platform, which was created by JOA Groupe, a French operator, one of the best in Europe. Their innovation relies on products and facilities. They are also testing the connections between offline and online, in order to deliver new experiences for their players.

JOA Express is one of the best operators, but Cammegh is one of the best suppliers. Cammegh came with a new tech, the Random Rotor Speed roulette wheel. Cammegh presented their roulette, the Mercury 360 RRS, at ICE London 2019. The roulette caught the attention of many visitors. In addition, people said that the idea is so natural and they think that all roulette wheels should have an RRS feature.

The company has done a great job in developing the roulette. And operators from all over the world are showing interest in Cammegh’s RRS wheel. These companies are an example that regulations don’t have to restrain creativity. France has strict laws for casinos and JOA manages to innovate, so does other companies, like DRGT.

Another good example of innovation in land-based casinos, despite many regulations, is the Holland Casino. Like JOA Groupe, Holland Casino has been testing new technology products in its casinos, in its recent years Virtual Reality was included.

Creating and improving a product or service takes time and many changes, small changes. The first phase of change provides minimal advance towards the players, but in time it will increase significantly. Once the base is created, each following change is better than the last one. At some point the improvements are complete but the advance is minimal.

The middle part of the curve has the most expansion, while the beginning and the end is minimal. Smartphones are a good example of being near to their end-development.

We are seeing the start-phase in hybrid and skill-based casinos games. They are new, innovative products that are at the beginning of the S-curve. The companies that develop them, and the operators who have placed them inside the casino, are learning about the products. At present, it is unknow what will be the end-development. Their futures are fluid, just like Virtual and Augmented Reality. The VR is known for 30 years and it is exciting to see its fluid future in JOA and other casinos.

Newer PostHow To Choose The Right Quotation Software For Your Business﻿
Older PostHow lucrative is Sportsbook Platform for Bookies?