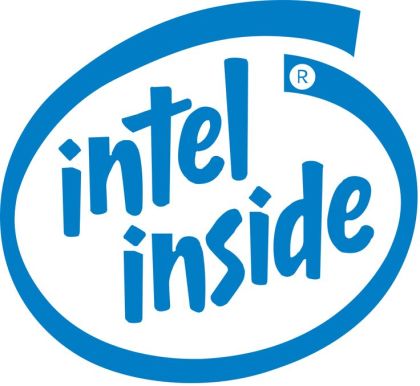 As mentioned before on here, it seems that the wearable market may not be the fad that many consider it to be. Especially when it comes down to Google Glass.

The current version of Google Glass is an impressive piece of technology to say the least, though many question the use of such a device in everyday life, marking it as invasive and cumbersome at times. However, Google seems to be pushing ahead with the visual-based device with a new deal with chipset manufacturer Intel that will truly broaden the range of Glass to places that few had considered up to this point.

Currently, Glass’ internal processors are powered by chips made by Texas Instruments (Yes, the ones that make the beloved and slightly outdated graphing calculators we all knew and loved), though the new deal penned with Intel will see Texas Instruments’ deal end with Google. According to a report made by the Wall Street Journal, it seems that Intel will providing a super-tiny x86 processor appropriately named Quark along with an integrated chip that combines processing power with cellular communication, and finally a small circuit board designed specifically for wearables that will go by the name Edison. Potential in the workplace is huge.

It’s an impressive move for Google and one that shows that the tech giant is ready to push Glass solidly on the public, which is a rumor that is strongly supporting the idea that the consumer launch of the eyewear will actually see the light of day come 2015. Launch isn’t guaranteed, especially due to a good number of app developers for the device backing out entirely from development. When Twitter steps away, an application that could see a massive amount of use in a smaller hardware platform like Glass, it could mean blood in the water.

However, this deal with Intel could breathe some life into Glass, even though Google vehemently denies any real worry with getting the device out to the public. It seems that Intel is not only looking to help promote Glass with the consumer community, but the business side of things may be one of the larger markets for the oddball little wearable. Hospital networks and manufacturing jobs, along with potential unseen workplace usage may be in the device’s future with Intel helping set the course. We’ve already seen some airport in Scotland using them, specifically the Edinburgh terminal, to help in aiding passengers with documentation, flight information, and a large assortment of other basic questions. While that is a trial run at the airport, it is an indicator of just what Glass could represent in the working community. While I may be hesitant to wear the odd thing on my person, a job such as this where direct contact with the public is your primary function, especially one in a potentially high stress environment, would greatly benefit from having the functionality directly at hand that Glass can bring along.

I’m interested to see where Intel may take Google in this. What do you think? Leave us a comment with your thoughts on the wearable trend and what Glass may do for your daily life.