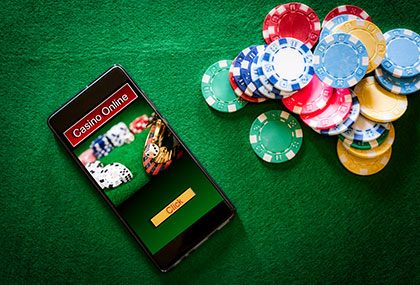 The past few years has seen gaming reach a fork in the road. There is gaming – consoles, desktops, hardware investments – and there is gaming – light and casual on our smartphones that we already own. The two different arms of gaming, although sharing common elements, have grown vastly different. Is the accessibility of mobile gaming taking over or will people still make investments in hardware for other forms of gaming?

Mobile gaming is quick, easy, and requires very little in the way of investment. But, just because it’s easier and doesn’t require any major spending (outside the cost of the phone itself, which would be bought anyway), it doesn’t mean that mobile gamers want to endure low quality. As the Bonusfinder review of Spin Casino shows, the mobile accessibility of the online casino is an important factor when it comes to customers choosing a site. The graphics that allow slot games or video poker to appear at their optimal level shouldn’t deter those who opt to game on their mobile. On the other hand, mobile gaming expects to have a high drop-off rate of players on its apps as many people will download and play and then abandon. Whereas console gaming has dedicated fans who will be loyal to games and even act as brand ambassadors by shouting about the games they love on social media. Mobile gaming’s revenue stands at almost 50% of all gaming revenue and will hit $68.5 billion by the close of 2019. This hasn’t just come from people downloading games to abandon them, but from people who have chosen mobile gaming as their primary method of gaming. With Fortnite, the biggest game of the year, available on smartphones, it shows that console gaming has its hands full with its competitor.

Pokémon is a good example as to how both forms of gaming can work in tandem. Pokémon Go, a free-to-download app, meant that more people than ever were engaging with Pokémon, including those whose last foray into the franchise had been on a Gameboy before the millennium. Those who are hooked in will be more likely to engage with the franchise’s latest release, the November 2019 Pokémon Sword and Shield games, which requires a Nintendo Switch to be purchased. They may also go into the back catalogue and purchase the relevant devices to play the older games. The 2020 announcement that Pokémon Go will allow you to battle other players means that the game could then take away those who enjoy the battling element of the console games. But, most likely, for a franchise such as Pokémon, having both mobile and console gaming accessible will broaden the way in which players can engage, thus benefitting both. Perhaps Nintendo is one to watch as far as mobile and console integration goes. They announced over summer that two new apps would allow Pokémon captured on Pokémon Go to be traded onto Sword and Shield. This incentivises people to actually play both console games and mobile games. The ‘rising tide raises all ships’ idea means that each aspect of gaming will be energized by the launches.

Mobile gaming might be doing well and eating into console gaming’s revenue and market share, but that doesn’t mean console gaming will disappear. Indeed, it’s more likely that an integrated approach to both platforms will be adopted to allow players to engage with the pros of both mediums.