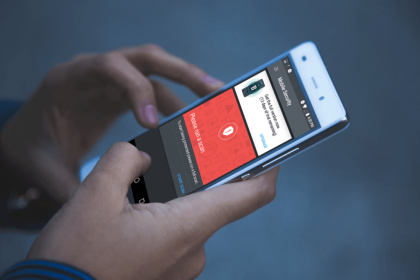 Android malware can literally be hell to deal with. Believe us when we say it. You’re going to want to do all in your power to avoid Android malware at all costs.

If you don’t have a single antimalware app installed on your phone, you’re putting yourself and your personal files at the mercy of experienced cybercriminals.

All your photos, contacts, notes, app information, and credit card information will just be open for a hacker to come on by and snatch it from right under your nose.

We don’t want you to end up as a victim at the end of the day, in debt because you got your credit card information stolen.

Don’t worry though because in this article, we’re going to explain what exactly android malware is and we’ll go into specific software that can prevent and remove malware.

So How Exactly Does Android Malware Work?

Android malware is extremely common under the types of malware out there. It’s usually downloaded by people trying to install free or discounted downloads. What ends up happening is that while they think that they are going to get the download to satisfy their needs, they are actually getting hidden malware and the download probably doesn’t even work in the first place.

They don’t get what they want and now their device is full of malware, ready to steal all their information and potentially corrupt their device.

The person who downloaded the file can not tell on his own that he has downloaded malware. Instead they will just think that the download is broken and they will go off looking for another download, not knowing that they have installed the malware on their computer.

Make sure that this doesn’t happen to you. Protect your data at all costs!

How do I protect my data?

I’m going to make the answer really simple for you because there is only one real and efficient way to do it.

Get an antimalware app.

Shocking, isn’t it. Your time is precious so I’m going to make this next part really fast so make sure your listening carefully.

Avira antivirus is a strong choice for getting rid of android malware. You get the option to purchase the paid version, but for those of you who don’t want to dig deep in their pockets, there is also the free version.

Premium Protection is more than just an industry-leading malware catcher. It features powerful parental controls, a home network scanner, and a powerful backup tool. If you’ve got a lot of devices to protect, this is an obvious choice.

Newer PostWhy Runescape Is The Hottest Game Online
Older PostListen Up! How To Choose Great Earbuds Without Paying A Fortune