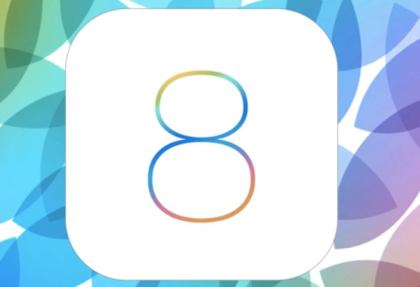 There are going to be problems with any new piece of software or technology. From devices and gadgets to full on operating systems, anything new is going to have its fair share of issues. The latest release of iOS, only having come out a few short months ago, has already displayed its own issues. The first update beyond the initial release saw, for a lot of users, a complete inability to even use the basic functions of their phone. Of course, that is something that is always fixed. Apple, after all, can’t have their new version of iOS making their customer’s expensive devices useless.

One of the most admirable things about Apple is their willingness to keep an old device, arguably a device that is older than what Android would continuously update, up and going as best they can. The earliest device that Apple continued to support with iOS 8 was the much-loved iPhone 4S and the iPad 2. As someone that loved the 4S a great deal, I am very pleased that iOS 8 is still capable of running on the device. But let’s face it. In terms of mobile technology, the iPhone 4S is a bit of a dinosaur at this point, even if it’s only a few years old. This doesn’t mean it is an incapable device, it is just behind in the times. I still have my 4S and while I don’t use it as my daily phone, I still see it as an incredibly viable device, but with the release the iPhone 6 and 6 Plus the difference between the two devices became painfully clear with the new iOS version that came with the latest releases. While it ran iOS decently well, there were many more bugs with the older device than what you would see normally. Basically, the shift between the 4S and the 6 was just almost too great.

Today saw the release of iOS 8.1.1 in an OTA update. To those of us with anything beyond a 4S iPhone, we didn’t see really any changes. Visually, there aren’t. However, I’ve already noticed a difference. Not in the 5S and 6 I use every day, but in the 4S that sits faithfully on my desk.

There’s not a lot of explanation as to what exactly Apple has changed with the hotfixes and updates to the 4S when it comes to iOS8. Apple, either in an attempt to downplay the shift between the older and newer devices or simply because they want to keep their processes under wraps, are keeping quiet about what was changed. But I highly recommend you pick up this update by going into Settings, General, and then Software Update. The negative performance hit in your 4S that has likely came along since the update to iOS 8 came to your device will thank you. There’s a host of issues, mostly small ones, that all come together to be fixed to seriously upgrade your performance from your 4S and iPad 2. Grab the update now and do yourself a favor.

Newer PostJINGLE BELLS! The Best Holiday Deals You’ll Find! Part 1!
Older PostFlashing Android Lollipop to your Nexus 6 before True OTA Updates are Available: A How To!