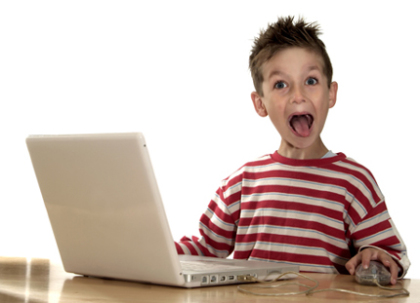 It seems that the Samsung, despite their best efforts, is seeing quite a bit of information about the upcoming Galaxy S6 smartphone leaked to very, very hungry consumer market. From specifications from multiples sources to outright pictures being sprung on us from almost every angle, it seems that keeping this latest offering of the much vaunted Galaxy S line of smartphones quiet is next to impossible in this day and age. Are we really surprised, though? Even Apple and their near despotic hold on all of their IPs before release often sees their upcoming iPhones left in bars or other equally seedy establishments to conveniently be found by the public. Though likely publicity stunts, it stands to show that very little is secret anymore.

But let’s be honest. Is the fervor over the next Galaxy phone from Samsung honestly worth it? Or are we simply going to be fed another gadget to hold for the duration of our contracts, loving it beyond belief at first before quickly dipping into a half-hearted mediocre ‘eh’ when asked if we still enjoy our phone.

Let’s take a closer look at what we know of the S6 and see if the hype is worth the effort.

First of all, it’s not a bad looking device, at least from the back, though it doesn’t look much different than anything else out there. Our friends at XDA has provided the internet with a few glimpses of what they claim to be the S6 itself, both in and out of the plastic wrappings. And while there’s not much to be seen if you have existed as person with a smartphone in the last five years, the details; such as smooth bezels and the confirmed memory expansion slot (something some were worried we would lose as other Android manufacturers were doing) are nice features. It also seems that we may be seeing the S6 in a variety of colors from the standard white a black to blues, greens, and even a gold for you more bling-oriented users out there. Slap on your Bentley hard case and you’re in business. You think I was joking?

As for technical works, we’re getting some impressive guts from the S6 if what we’re seeing floating around turns out to be true. A 5 inch screen sporting 1440 x 2560 resolution behind Gorilla Glass 4 means a solid display for the Mali-T760 to use. Is CPU is powered by a 1.3GHz Cortex A53 Quadcore and a 1.9GHz Cortex A57 Quadcore processor unit alongside the Exynos 7420 Chipset. All this will support the expected Android 5 Lollipop OS, of course. The ability to download your brain into the phone itself is going to be included in a future update. (citation needed)

Its camera is, frankly, downright crazy. 20MP, 7992 x 3744 resolution with phasing autofocus, image stabilization for the still camera and a 2160p video camera operating at 30FPS, or 1080p for the higher 60FPS make for a powerful setup. The front facing 5MP camera is no slouch either.

You can expect the standard lot of features; GPS, Bluetooth, NFC, and USB to go along with this.

Keep in mind that all this is speculative until solid confirmation from Samsung, but it seems we may be working with the real deal now. Keep your ear tuned and your eye sharp if the S6 is a want of yours!