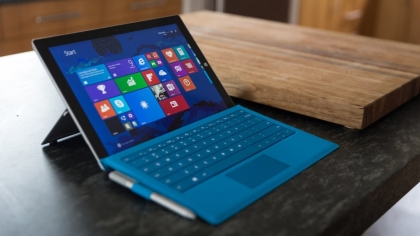 Nowadays when it comes to Microsoft we just think about their Surface Pro 4 which is going to hit the market in near future, as rumors said might be during or after May 2015. On the other hand some rumor news said it would be released during July to October 2015.

Such as each company claim Microsoft has same statement about their upcoming Surface, that it will be better than the last, and they have some special reasons to believe that they are it right. The experts are expecting the new Surface is going to be a big competitor of Apple’s latest iPad and MacBook Air. It would be a good alternative of your heavy weight laptop which is hard to bring all time anywhere. The Microsoft’s Surface 4 expected to come with Intel Core M ‘Broadwel’ processor along with the latest Windows 10. The company put all the ingredients to make the device best for all, and might let you kick off your other devices like other tablet and laptop.

With the 12-inche screen size Surface Pro 4 will be the Microsoft’s biggest tablet, but some rumors said the company may launch two different size tablets with 12-inch and 14-inch display. The surface pro accessories are well-matched with the next generation devices.

The new Surface expected to come with the same storage as Surface Pro 3, which would be 64GB and will rise up to 128GB, 256GB and 500GB. According to rumors there is going to add another innovation into the Surface Pro 4 and it is going to come up with 1TB storage option for the very first time. As discussed above the Windows 10 update will be the major feature of the device, the display resolution will be 2,160 x 1,440 pixel. The 16GB of RAM is going to amazing to make it longer to use. There’s a feature for the gaming lovers that it would apparently come with Xbox game streaming.

There’s an Israel based company’s technology company N-Trig would be the part of new Surface Pro 4 that makes it stylish, well-mannered and pressure-sensitive stylus technology. No doubt the surface Pro 3 was the best alternative of iPad and laptops, that comes all portable device features but a recently Mashable.com video review consider the tablet as best for students and slight use as they said we can’t consider it a workstation with portable physical keyboard.

If we talk about the previously released of Microsoft’s surfaces, the under given list will describe well the most expected release date of Surface Pro 4:

The previously released devices hit the market in October but Surface 3 brings a change in 2014. So, the rumors said it would release in July-October 2015.