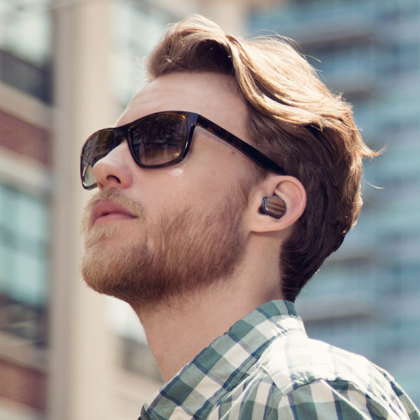 Bluetooth earpieces are a dime a dozen. Everyone seems to have the best and brightest, the top sound, the top range, the most comfortable; it all just seems to be confusing in a sea of peripherals just which one you should latch onto before going under.

Possibly that is a bit much hyperbole in reference to a simple earpiece, but the point stands.

Let me, however, help you find that one that should work the best for you. And, in my informed opinion, Motorola has it waiting for you right now. First and foremost, it’s both what you expect out of a Bluetooth earpiece and what you don’t expect out of one. It is, simply, just a basic one-sided earpiece, well earbud rather, with a mono speaker and simplistic touch functions. This is no different than nearly any other Bluetooth on the market. It can help you make calls and in most every phone paired with it, Android of course, you can access the basic voice control commands that are becoming more common on these devices.

This is, however, where the Moto Hint’s similarities with other headsets and earpieces ends.

First off, the look of the Hint is a key element. Most everyone will agree that no matter the usefulness of a Bluetooth earpiece, the look they give someone can be a bit pretentious. Luckily, the Hint circumvents that problem by being fairly difficult to notice. It’s small, around an inch or so long, and fits neatly directly into your ear. The Hint has a great sound to it. I never noticed much degradation to the sound during my time with one. In fact it was eerily close to the way my phone sounded normally. The tinny noise that many earpieces make were gone. The lack of buttons on the device, just a central place to activate basic functions with a quick tap, were pleasing in that there has been an overabundance of buttons appearing on Bluetooth earpieces lately. The Hint is exactly what you’d expect. A top-end earbud that you will more than get your money worth from.

However, that’s not all. Pairing the Hint with the Moto X is where it really shines. There is no doubt in my mind that the two devices were designed to be 100% compatible with one another. The Moto X is a powerful and innovative phone and the voice commands, apart from the now standard Google Now, are incredible. Not only is nearly everything accessible on the phone via voice, but it can read nearly anything with text back to you.

And the Moto Hint? It’s seamless in its functionality with the Moto X. Even waking the phone up is done through voice with the Hint paired. Instead of pressing a button, a customized phrase or word wakes your device up and has it ready to go and all sound, to and from the phone including text speech, is fluid and quick.

It seems that Motorola has really created something interested. If they manage to get the Moto X functionality through the Hint with the rest of their suite of phones, then you could see a serious turnaround in the perceptions of Bluetooth earpieces.

Newer PostFour of the Most Useful Apps for Your Rooted Android Phone
Older PostOculus Rift, The Samsung Gear VR: Your Options for Virtual Reality is Expanding