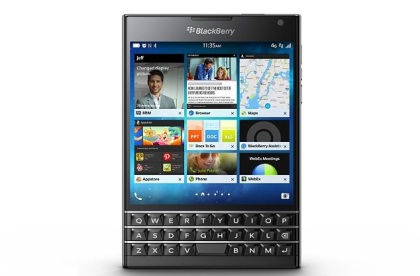 An editor of CNET Mr. Josh Miller stated the new BlackBerry now can run Android Apps with the courtesy of latest update to the mobile operating system.

BlackBerry launched the BlackBerry 10 OS 10.3.1 update on Thursday. They give the access the BlackBerry app store as well as stepped in the Amazon Appstore, where the users will be able to download the a huge number of Android Apps. The new updated will be workable on BlackBerry 10 devices included:

It seems the major cause to of this update is to stay in the competition, where the BlackBerry has come at the bottom of the mobile phone graph. It looks they are looking forward to grab some of the of market shares once again possibly with the use of Google’s Android Apps, which is the world’s largest smartphone’s app store along with a huge collection of free apps. This way the android OS lovers will be able to use physical QWERTY keyboard with BlackBerry’s operating system.

It seems that BlackBerry will continue the updates in their latest mobile OS adding some new features designed to appeal to current users that may help to attract new users as well. This feature of BlackBerry will give a chance to use their OS who want to keep playing with Google’s OS.

The latest update adds other features

The new BlackBerry Assistant features help you to attempt voice searches in Google, Cortana and La Siri. This is the company’s first digital assistant to help you work with the voice controlling apps that will respond to your questions; in case you will type the assistant will respond silently.

The new BlackBerry Blend OS display text messages, different documents essential emails on your laptop or tablet. The BlackBerry Hub called “Instant Actions” that will allow you to organize your inbox as per your needs.

The new meeting mode help you to set up your phone for the specific duration of meeting and after that if will turn on automatically when meeting will over, you can do it with hurry using a shortcut key in your phone.

The company has also upgraded their camera feature that comes with panoramic feature and other enhancements. And they also claim the 15% enhancement in battery life. The new version has been rolled out for the European, Asian, African and Middle East customers. Now they are planning to update the version for American and Canadian users with some more extraordinary features.