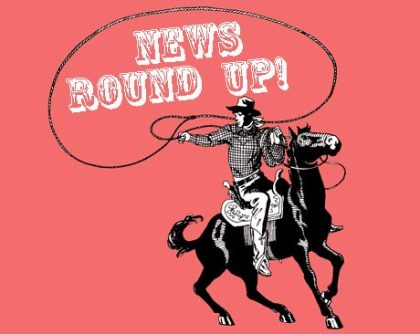 It’s a new month and it seems that with everything floating about in the mobile world, we have need of a good news round-up! Hang on tight! At the top of the list is the Nexus 6. Within just a few minutes of orders going live and available to loyal customers, the entire existing inventory of the Nexus 6 sold out. We aren’t sure how many exactly this amount to, but this is no doubt an indicator that the Nexus 6 is most definitely going to give the iPhone 6 a run for its money in terms of popularity. Now, don’t worry too much about being able to get your hands on a Nexus 6 if you are wanting one in the immediate future. The sell-out concerns only the unlocked version of the phone, which is still impressive given that the base price is $649. In related news, given that the Nexus 6 is manufactured by Motorola, longtime computer mainstay and builder, Lenovo, has finally completed and closed the deal to buy Motorola from Google. It seems that Google stands to make just under 3 Billion dollars from the acquisition. The buy isn’t outright though as Google will keep ownership of the huge library of patents that Motorola has accumulated over their long and impressive history. Lenovo will license the patents from Google and even keep the Motorola headquarters open in Chicago, according to the statement released by Motorola’s president. November always sees some crazy deals show up in the world of retail, given the Christmas season coming up right around the corner. It seem that Sam’s Club, owned by retail giant Walmart, is cutting a deal to Apple customers that will be hard to deny. Starting on November 15th, Sam’s Club will be offering the iPhone 6 at $99 for the 16GB version, $199 for the 64 GB, and $299 for the 128GB. A two year contract will be required to pick up the heavily discounted iPhone 6. Each location will seemingly only have a small number of the devices throughout the sale, only around 40 devices per store. The sale will run through December 31st, though expecting any to be left after the infamous Black Friday sales is somewhat silly. It seems that we are steadily moving back towards what, in my opinion, will inevitably end with major cell carriers going back to unlimited data. To compensate for higher demand in data, complaints that the prices many charge are too high for what is given, and overall customer satisfaction, AT&T and Verizon are raising the data limits on all their plans at no additional cost. Most plans, or at least the most common ones such as 2GB and 4 GB, are being raised to 3GB and 6GB respectively. Speaking of Verizon, the cellular giant is doing everything they can to bring in new customers, as expected with the holiday season rolling up. A new program has been put in place that offers new customers switching to Verizon $150 credit to their accounts with a purchase of a new smartphone with a contract or on their EDGE program. While this won’t always completely take care of many early termination fees from other carriers, it can easily knock a significant dent in what can often be a large charge. Only a few months after Apple went to court with the Mexican telecom iFone over the use of the trademark “iPhone” which saw Apple winning, for the most part, the suit (the Mexican telecom offers services and no hardware whereas Apple does the opposite, something the judge ruled would not cause confusion) it seems that Apple is headed back to court. Indian mobile manufacturer iVoice Enterprises Limited has sued Apple over something very similar. iVoice wants the governing body that handles trademarks to revoke Apple’s “iPhone” trademark in the country. Over the course of the Apple devices lifespan, contention with a proposed and planned mobile release call iFon, short for India Phone, has been present. The biggest issue is that both companies claim the phonetically identical trademark and both build devices. The case has not been resolved, though due to Apple filing for the trademark in 2006 compared to the middle of 2007 for iVoice, it’s doubtful that anyone but Apple to come out on top of this particular disagreement. From the looks of it seems that the upcoming Google offering Copresence will allow users of both of the major operating systems on the market, iOS and Android, to actually share media and information between two different devices in a manner similar to AirDrop. Copresence will seemingly alert its users to the nearby presence of other uses, which insinuates that the feature on Android will be location-based. Another report states that this particular feature will be cross-platform, allowing for something that hasn’t been possible before in the sharing of content and information between the two OSs. It seems that along with Apple’s acquisition of Beats Music, the relatively new but still somewhat suffering music streaming service, Apple has brought on board Trent Reznor of Nine Inch Nails fame. Reznor has long been a proponent of the direct presentation of music, basically wanting the path of least resistance from artist to listener, and stepped away from the classical form of being signed to a record label years ago. Though his role is ill-defined, it seems that Reznor will be considered Beats Music’s Chief Creative Officer. He’s claimed to be in the process of designing some products with Apple now that Beats has been bought, though there are hints that his role may be more than just product design. Reznor alluded to an unannounced musical project that will go hand-in-hand with his new role at Apple and with Beats Music, though we may have to way for some time to find out what that exactly is. It is expected that Beats will get a rebranding as early as February from Apple and will focus much of its musical efforts into the restructuring of music streaming, something that many, Reznor included, see as the inevitable future of music distribution.