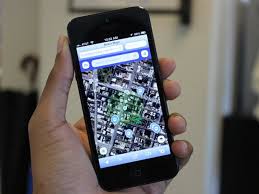 Facebook, one of the leading social networks platforms has entered the race of purchasing Nokia’s Here maps, and at this point, is in a phase of testing the app on its mobile platform. The company is also testing the app to power location in native apps such as Facebook Messenger and Instagram.

Nokia has officially confirmed that they are considering selling their Here app, which has been estimated to $2 billion. That’s not all; Here maps are believed to increase their value by double due to Nokia’s data set.

Even though Facebook is in a testing phase of Here maps, they are not the only company in the competition. Some of the European auto companies are in the race as well. Daimler, BMW and Audi, just to name a few.

None of the companies have announced the partnership between them, but they did confirm to be in a testing stage across the Facebook’s mobile platform. The Here app does not only appear in Facebook apps, but the company is also using Here’s geocoding, which greatly helps users in tagging and identifying locations. Before this new partnership was formed, Facebook used Microsoft Bing as their geocoding app. They said that they switched to Here maps to give the users more control and resiliency when it comes to delivering a unique and satisfying maps experience.

Facebook isn’t still using Here in its native apps, but if you visit the mobile platform, you will soon realize that there is a small diagonal logo of “Here” in the left bottom corner.

This new partnership gives Facebook a certain edge when speaking about providing users with a better and richer service to those people who have a wish to post pictures and updates of their statuses. It has become very usual for businesses and industries to use this kind of technology to promote themselves and advertise their business. Moreover, businesses offer ads and some other services based on location. That has a great meaning for Facebook, which will be given more chances to build long lasting relationships with business users.

Let’s just take a moment to recall a prior time, when Facebook made a certain update to its notifications, where the company enabled users to search the nearby restaurants, movie theatres and alike. However, not every single attempt to upgrade their platform has been a huge success. That’s another great reason what makes this partnership such a positive thing. Nokia is now pretty much occupied with its mobile networks, which can be seen from its latest acquisition of Alcatel-Lucent.

There are many other big companies using Here maps such as Yahoo, Baidu and Amazon. If Facebook ends up not buying Nokia’s Here maps, the questions is what will happen to the newly formed partnership if someone else buys it?

With all the commotion towards the self-driving cars and a big focus on high-tech from the auto industry, it won’t be too long before some large car company expresses a desire to own a piece of this software as well.