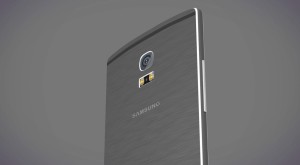 Set to be what many believe the direct competition to the iPhone6 that is slated for release in a few weeks, Samsung has announced the Galaxy Alpha, finally showing the phone to the public last week. With a new encircling frame made from metal and specs that can easily give the supposed iPhone6 specs a run for their money, the Korean technology giant seems to have pulled out all the stops in the development of the Alpha. We here at mobiletweaks.net have gathered some of the top information regarding the Alpha and are happy to bring them to you. Built of a mixture of metal and polycarbonate, Samsung has shied away from it’s classically all plastic bodies of it’s past phones, though it the combination of materials keeps one foot on each side of the line. Thinner than most any phone on the market with it’s powerful specs, coming in at nearly a full millimeter thinner than the iPhone 5S at 6.7mm, it touts a 4.7 inch display. A center mounted camera, a feature that has become standard in recent Galaxy phones and more square design than previous iterations of the Galaxy series allows the Alpha to carry a very modern look that can compare with the much loved iPhone design. As always, the Alpha carries Samsung’s trademark home key on the front of the handset, though it is accompanied by a fingerprint scanner that’s becoming more and more common on new smartphones.

Somewhat disappointing is the 4.7 inch Super AMOLED display that brings a resolution of only 1280 x 720. With a 313ppi, the display is the currently equivalent, or just under, current generation smartphones, most notably the iPhone 5S. For a phone set to be an iPhone6 killer, this is doesn’t seem ideal.

The internals are one of the most impressive features of the Alpha. Hosting Android 4.4 KitKat, the latest version of the Android operating system, you can expect snappy response and quick processing, especially with the 1.8GHz Octa-core chip inside the phone itself. 2GB of RAM round out a powerful setup and promise the ability to run just about anything for some time to come. Though it’s rear camera is less powerful than it’s S5 counterpart, coming in at 12MP instead of 16MP) it does boast a number of camera features that will be new to the Alpha and the ability to record 4K Ultra High Definition (UHD) video. Despite the amazing internals and up-to-par camera technology, the absence of a microSD card is an oddity. Samsung has remained one of the major builders to keep the expandable memory slot. Leaving this out will take some getting used to for some users, though the 32GB internal storage will be plenty for most customers. Set to be released alongside the iPhone6 in September of 2014, it’s cost isn’t known just yet, though many expect it to be comparable in price to Samsung’s current Galaxy S5. Look the Alpha to become the standard that many Android phones set themselves against in the next few years.