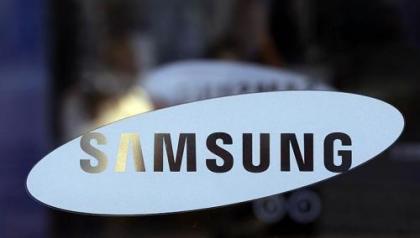 4G has been the industry standard for quite some time in cellular service. Every carrier out there likes to brag how their 4G is faster than the next carrier’s 4G, or more reliable, or more efficient, or something like that, no matter where they really stack up.

Truthfully, most 4G speeds are only partially subjective to any technology the carrier uses to get that signal out there. Location, movement, device; these are all things that determine how fast your 4G can get to you. As long as you’re looking at average speeds between 5 and 12 Mbps, or Megabits per second for those not up with acronyms, you’re in 4G territory.

Honestly, it’s surprising that given the length of time that 4G has been around nothing has come along to replace it.

Well, Samsung may have just what we’ve been looking for.

Samsung has released active testing results of what is tentatively being call, surprise, 5G. Keep in mind that this is not a final release. You won’t wake up tomorrow and see your 4G icon increased by 1. However, Samsung is claiming that, as it stands, 5G speeds are clocking in at 1.2 Gbps while in motion at roughly 60MPH.

That’s a staggering number for a download speed for what is basically average highway and interstate speeds it the United States. While stationary, the download speed is coming in at an absolutely amazing 6 times that, at around 7.5Gbps.

How are they doing this?

Samsung has managed to increase the standard power of their signal frequency beyond what is normally accepted as possible. Samsung is crediting a frequency of 28GHz for the ability to carry such a massively strong signal over a large area. Normally a signal of that magnitude is very short range, meaning that if you were close, those speeds are ideal and very possible. But venture out from it, or travel too fast within it, and you lose fidelity and your download speeds degrade.

However, with a bit of technology that Samsung is remaining tight-lipped about, they’re saying that something called “Hybrid Adaptive Array Technology” is what they have to thank for making the 28Ghz frequency possible over such large distances.

Again, don’t expect this to be out soon. There’s a great deal of work that is required for new technology on this level to become available to the public. On top of that, there is no guarantee that any phone currently on the market would even work with 5G if it were to release tomorrow, though it’s safe to bet that carriers and manufacturers alike would work day and night to bring the functionality over.

There is, even, a chance that 5G won’t even be the next standard. While unconfirmed, there are rumors surrounding the development of competitive networks by other carriers and technology makers. But with testing already so promising and Samsung arguably being the industry leader in mobile devices, it would be no surprise to see the Korean technology make it to the world market sooner than others.

Newer PostGoogle Releases Android Lollipop! Here’s What We Know!
Older PostFour of the Most Useful Apps for Your Rooted Android Phone