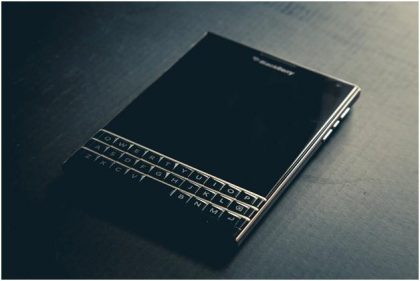 Writers never rest. They are always composing words in their heads. Sometimes they even need to write while on the go.

Smartphones and other mobile devices come in handy for writing on-the-go. However, you need a good app that can help you harness this convenience. There are thousands of writing apps, but only a few really stand out.

Here is an overview of the best seven apps for writing on your smartphone and other mobile devices, as rated by writing services online.

Let’s face it – Microsoft Office is the most popular writing program on the Internet. Its mobile version is eerily similar to the desktop version, and it is just as powerful and efficient. It also comes with a wide range of features that enable users to fully customize their documents, insert pictures, highlight phrases, find keywords, and do much more.

iA writer is also popular among professional writers thanks to its wide range of features. Some of its capabilities include syntax highlighting. This feature makes it possible to identify verbs, adverbs, adjectives, nouns, and conjunctions. It is an excellent app for writers still struggling with bad grammar, as it helps create flawless documents.

This writing app is extremely convenient to use. The interface is neat and straightforward, and the letters on the keyboard are easy to type. It comes with so many features that you may never use some of them.

The iOS version of this app is more advanced than the Android version. To this end, Android users may lack certain features and capabilities on their iA Writer apps.

WPS Office is closely similar to Microsoft Office, as it offers similar features and more. Its suite comes with Word, Excel, PowerPoint, Adobe PDF, and Google Docs. Each program comes with a variety of functions including multiple fonts, paragraph and text alignment, and virtually everything you find in the Microsoft Office app.

WPS Office works seamlessly with other platforms. You can use it to send and receive documents via email, back up your files on Google Drive and Dropbox, and even encrypt sensitive documents.

JotterPad is designed primarily for creative writers seeking to write and publish their own works. It provides a variety of tools for all types of writing, including novels and screenplays.

This writing app comes with various features, including cloud storage, word counter, dark mode, Markdown support, and many more. It even has a no-distraction mode that is designed to enhance users’ concentration. Tablet users also get to enjoy a split-screen feature for multitasking. JotterPad is free, but some features are locked and have to be paid for.

Google Docs is an online office suite. The main app, Google Docs, features an online word processor with numerous features that help users customize their documents to the smallest detail.

Besides the word processor, Google Docs also comes with two other programs: Google Drive and Google Keep. Google Drive is a cloud storage app that enables you to save your documents on the cloud. These documents can later be accessed via any device. Google Keep, on the other hand, lets you take quick notes and store them securely in the cloud environment.

Grammarly is more of a grammar app. However, it is still a favorite among writers as it helps to develop decent documents.

Grammarly offers writers a virtual keyboard with diverse capabilities. Basic capabilities include word hints and auto-corrections. However, most writers use it for its ability to spot bad grammar and offer correction suggestions. To this end, the app is especially popular with professionals who need to use correct grammar rather than creative writers who can play around with the words.

The Grammarly app is free for users on both platforms. However, some features can only be accessed in the paid version.

Evernote is for writers who are keen on taking quick notes. It is excellent for organization and speed. You can jot down quick notes, organize and format them as you see fit, and save them for future reference. The app also works across multiple platforms, so you can sync it with other devices to access your writings from anywhere. You can also clip images, PDF files, and web pages.

Writers should always have their writing materials close-by. These writing apps are among the best for Android and iOS smartphones. They are easy to use and have features that would give desktop writing programs a run for their money.