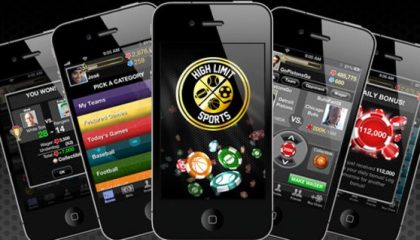 The increasing number of lotteries arising each day also gives rise to the birth of new millionaires. Each time a jackpot is won, a new millionaire or billionaire is born depending on the lottery played and its popularity. Games such as the Mega Millions, the Powerball, Euro the Millions and the Spanish “La Primitiva” lottery are amongst the most popular and highest paying lotteries in the world. And while some of these lotteries like those listed above are international, there are some which are local and are restricted to a particular geographical location. However, with the emergence of online lottery service platforms and websites such as the Lotter and Lottosend, most lotteries can be played by anyone who has a PC or mobile device.

The SuperLotto is one of these lotteries which can be played online. This lottery which is open only to residents of California began in 1986 as the “California Super Lotto” but was later changed to the SuperLotto Plus in the year 2000. It is a lottery game which is played the same way the Mega Millions lottery is played and its jackpot amount starts at an annuitized $7 million with the cash option available when the jackpot is won.

How the SuperLotto Plus is Played

Just like the Mega Millions lottery game, the SuperLotto Plus is played by selecting 5 balls from a set of balls numbered from 1 to 47, and another number known as the Mega Number selected from a second set of balls, numbered from 1 to 27. The SuperLotto Plus started as a 6/49 matrix game in 1986, which later on became a 53-number game where 7 balls were drawn with the seventh ball known as the “bonus ball” in 1990. However, it wasn’t until 2000 that the current game system was introduced – 5/47 + 1/27 matrix. Two years later, precisely on the 16th of February 2002, the lottery witnessed its then-highest jackpot payout – $193 million which was shared between three winning tickets.

To play the SuperLotto like any other lottery game, each player is expected to select 5 favorite numbers from 1 to 47 and one additional number from 1 to 27. This additional number is known as the “Mega Number”. Players can choose to pick the numbers themselves or use the QuickPick option.

Once you have selected your numbers, you can then hand your playslipover to the lottery agent along with $1 per play to receive a SuperLotto Plus ticket, which acts as your receipt. If you play more than one play, the cost of your ticket will be the number of plays multiplied by $1 meaning if you play five plays, your ticket price will be $5. The ticket carries the draw date for your ticket, the dollar amount paid and the numbers selected for each play. Always endeavor to check the accuracy of your selected numbers to make sure they are the numbers you chose.

The draws for the SuperLotto Plus are held twice every week on Wednesdays and Saturdays at 7:45 P.M. PT immediately after draw entries close. During the draws, five numbers are selected from a first drum consisting of 47 balls numbered from 1 to 47 and a Mega ball is selected from the second drum of 27 balls numbered from 1 to 27. If a player’s selected numbers match the numbers drawn by the lottery committee, this player wins the jackpot. Should a player match only the 5 first ball, he/she wins the second price. The odds of winning the SuperLotto Plus jackpot is 1 in 41,416,353 while the odds of winning the second price are 1 in 1,592,937.

Other prizes can be won if a player in addition to the Mega Ball matches 4, 3, 2 or 1 of the main balls. Also, players who match 4, 3, 2 or1 number receive prizes. A prize is also kept for any player who matches none of the main numbers but matches the Mega Ball. The odds of matching just the Mega ball stand at 1 in 49.

The current jackpot slated for the August 23, 2017 draw stands at $7 million.