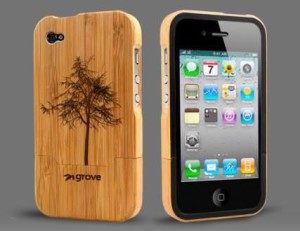 With the average price of a new smartphone hovering close to the $200 mark with a new contract, and often two to three times that out of contract, not having a case to protect your device is not the smartest thing to do. Everyone is familiar with idea of a case for your iPhone, but what are some of the best cases out there? What makes up a good case in terms of size, protection, or design? Breaking down and having all three of those aspects coincide is a difficult thing to do, but luckily we’ve brought together a list of three cases for your device that draws together all the aspects of what most look for out of a device case.

With prices ranging from $24.95 to $99.95, Otterbox is the case manufacturer that most think of when shopping for protection for their device. Covering both iPhone and Android phones, Otterbox offers a wide variety of phones ranging from the most basic protection to military-grade, full-encompassing shells for your phone. Often considered the leader amongst cases, the wide variety of choices with Otterbox and customization options often leads protection-minded owners to the company.

While on average more expensive than their Otterbox counterparts and offering less choices in terms of device compatibility (they only sell cases for Apple and the Samsung Galaxy S series devices), Lifeproof boast some of the most comprehensive protection you can find in a case. The major point of interest with Lifeproof is the water-resistant and water-proof aspect of their cases. However, Lifeproof claims their cases can make your device “life proof” in that it offers protection from nearly any sort of damage that can befall your phone or tablet, from water and dirt damage to accidental drops. Often sleeker than Otterbox, the Lifeproof case is meant to be a second skin for your device and one you never have to worry about. The price-point is higher than Otterbox, though, with Lifeproof cases coming in around the $100 mark.

Much of the appeal of the cases that California-based Incipo Technologies offer is the customization surrounding their products. With a multitude of interchangeable parts of varying colors and even custom cases offered on their website for the iPhone, the fact that Incipio creates a case that is highly protective is often an afterthought. While considered behind products such as Lifeproof and Otterbox in terms of device protection, Incipio combines a high-regard for what a case is supposed to do with a designer sensibility. Often slim and sleek, with many innovative options such as storage for money and cards of various sorts, to stands to allow your phone to act as a theater device, Incipio most definitely belongs on any picky shopper’s list when the time comes to by a case. And part of Incipio’s appeal is a much lower price-point than their competition, with cases generally staying between $30 and $40, though some models can run higher depending on what it is you’re looking for from your case.