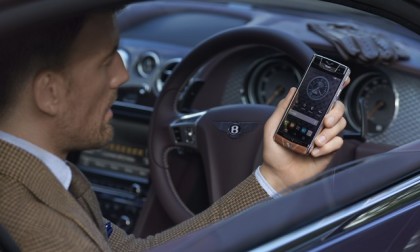 If you think your smartphone is expensive, then think again. You would have shed hundreds of dollars in buying your phone, but are totally unaware that there are really expensive smartphones developed; costing more than six figures each. So, what’s their difference from your phone? Actually, there is none! In fact, these devices may be functioning lesser than yours. It’s not about their inside, but the outside. So, here are the top 10 most expensive smartphones ever created, much pricier than a car or house should cost. The iPhone Princess Plus costs at about $170,400. Although it carries the “Princess” word in its label, it could still be purchased and used by men. The “princess” word was derived due to the device’s diamond cuts, composing over 318 diamonds on its exterior, 138 of them are “Princess Cut”.

The iPhone Princess Plus is composed of 17.75 karats of diamond in total, plus an 18 karat white gold on the phone’s trim. Considering its whopping price tag, this phone does not come close to others as there are pricier ones on the market. The Savelli smartphone comes with a price tag of $250,000, although this phone has nothing special much to do. Again, it’s the exterior that makes it costly, considering the 18 karat gold encrusted onto it. You can also encrust any jewel of your choice. Aside from diamonds, you are offered with a wide array of finishes for the phone such as exotic animal skin of an iguana or a python. Normally, phones and animal skin do not go well together, but doing so would create a ridiculously high price tag. This may not be the fanciest smartphone on the list, yet it has one of the priciest price tags at $300,000. Also, it has only 2 diamonds, a larger one at the back, and a smaller one in front. The Black Diamond still makes use the navigation sticks, those previously used in the old Blackberry phones. The biggest selling point this smartphone claims is its indestructible fancy mirror, although many still think it is not worth the price. This smartphone is amongst the most unique-looking at the list. It costs $310,000 each, but only 8 units were produced in the whole world. The main design is a snake wrapped around the phone’s front edge. Others say it sounds nice, but how could a snake alone on a phone cost that much?

The snake on this smartphone is not just a plastic or any other traditional material. It is made up of pear-cut diamonds that wear a white diamond earring. The snake’s eyes are also composed of small emeralds, along with 500 Rubies on its body. Hence, 8 people pulled the trigger on this costly smartphone, preferring the pricey encrusted jewels, and certainly they did. The Gresso Luxor Las Vegas Jackpot costs a whopping $1 million and rarer than the former smartphone. Only 3 units were produced and do not have a distinct snake design. Thus, its back is made up of a wooden panel, along with a gold trim. In fact, that’s it, it doesn’t say that much compared to the abovementioned smartphones. That’s why many people are questioning the price tag that comes with this absurd smartphone. The fifth on the list is the Diamond Crypto Smartphone, costing at $1.3 million. As previously mentioned, this phone boasts something significant in its interior, considering top-of-the-line security, so owners have no worries of the information being stolen by others or hackers. Apart from that, there are also diamonds, surrounding the exterior. Peter Aloisson designed this smartphone with a total of 50 diamonds that without them, this device might cost only about $600. Also at $1.3 million is the GoldVish Le Million, and one of the best-looking smartphones on the list. Except for its screen, its entirety is composed of 18 karat white gold. The white gold is most prominent on the buttons because the rest is covered with 120 karat diamond. It is a lavish item amongst the millionaires, and the most expensive phone transaction ever made way back in a 2006 fair. One of the buyers was a Russian businessman who laid eyes on this phone and bought it at the price tag. At $2.7 Million is the iPhone 6 Amosu Call of Diamond. You all know that iPhones all have the Apple logo at the back, while this has it too. The only difference is that the logo is completely made up of diamonds. Not only that, the entire unit has a total of 6,000 small diamonds. Apple did not make many units because the manufacturer knows only a few people could afford this one. It also takes months to create one unit, considering the hand-placed tiny diamonds. Hence, the cost of labor also adds up to the price tag. You’d never believe that a smartphone could cost $15.3 million! Yes, there is, and iPhone 5 Black Diamond it is. It is made up of the rarest jewels in the world, especially the black diamonds that Stuart Hughes was able to discover and added to one of the customized iPhones. Apart from the rare black diamonds, there are other jewels such as the regular diamonds and gold, making this phone very rare. A Chinese businessman decided to have a unique phone, and similar to the Russian, he called Stuart Hughes to order a $15 million worth of smartphones. Falcon SuperNova Pink Diamond iPhone 6 is obviously the priciest on the list. Compared to the other costly smartphones mentioned above, this one boasts unique features. It has an 18 karat gold casing, plus a huge diamond in the back. A pink diamond is also embedded, making its price go higher. The manufacturer offers a cheaper version of this smartphone, one that is made up of platinum, and a blue diamond, but still costs $48.5 million.

You might have concluded by now that these smartphones are nothing, but a waste of money. However, remember that people have the right to make their own choices, and buying a smartphone with a ridiculous price tag could be one of them.

Newer PostAndroid M: What Can You Expect?
Older PostTop 5 Overpriced Smartphones of 2015