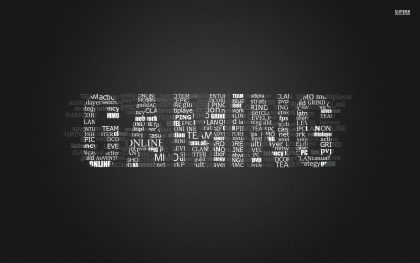 When your cell phone starts coming with a set of virtual reality glasses, you know that gaming is targeting more mainstream users. Things are moving at a lightning fast pace, and innovation is leading the way. Remember when you younger, the amazement you felt at being able to touch and lift each object in your games? We thought that was high-speed gaming action, and it was, then.

Since those young years in gaming, there are have been hundreds of startups each trying to make their mark and shape the future. They have introduced virtual reality, augment reality, mixed reality, high speed data analytics, gesture and emotion recognition, connected toys, and a long list of other features.

With so many to choose from, who are the top three leading the way?

Getting connected to certified gamer sensei to improve their gaming performance is a goal for any gamer wanting to reach the next level. Gamer Sensei provides a framework to make it easier for eSports gamers specifically to increase their skills with one-on-one coaching.

The organization raised $2.3 million last year in seed funding. William Collis, one of the co-founders of the company, states that Gamer Sensei is the first and largest platform for eSports gaming. The offer personalized coaching for DOTA 2, Hearthstone, Heroes of the Storm, Counter-Strike: Global Offensive, Overwatch, and World of Tanks.

They also offer coaching for League of Legends and boasts having the largest number of LOL certified coaches from any service. One option for those who are wanting LOL coaching is to acquire smurf accounts from companies such as AUSSYELO. Smurf accounts allow you to try various strategies, game modes, and team configurations while being incognito. Then, while learning, you don’t have to worry about issues with your primary account like trolling or effects on rankings. You can read more and buy league of legends accounts that work from AussyElo.

The primary focus for this AI company was initially helping marketers perform better with consumers, but recently Affectiva arrived to the gaming space to facilitate better emotion awareness in games. Emotional cues from the gamer accessed through the webcam cause specific reactions from the game itself. Warren Goff, a senior animator for League of Legends recently talked about animating one of the main characters, Xayah. In referencing the two main goals for animation when designing the characters, he said, “The first is to clearly communicate gameplay; this includes the actual attack animation (and ability animation, death animation, etc…) as well as the feelings attached to them. The second is to define the personality of a champion by adding little quirks of their character into the game.” Now imagine those feelings and quirks responding to the gamer creating a completely immersive landscape. This new kind of adaptation will change the overall user experience.

Augmented reality is one step below virtual reality in that the characters and the game exist with you in your space. It is a bit of a mind warp to think about, but the game takes place via a unique sheet named “retroreflective.” This sheet can be on a table, or on the wall, or anywhere handy and when the gamer wearing the special glasses looks at it, the characters come out of the sheet. Not quite hologram, and not quite virtual reality, but a great new way to think about gaming and what types of products CastAR can create in the future.