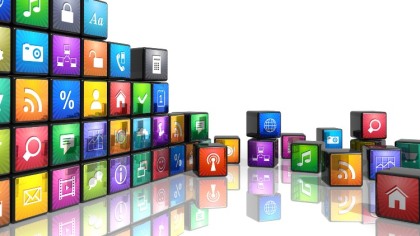 When smartphones were invented, everything changed, transforming the simple mobile phones that were good enough in sending text messages and making phone calls. Smartphone users are now used to listening to music, capturing pictures, and even editing documents. A wide array of applications was also developed, integrating these apps in smartphones and other mobile devices for more and better efficiency. Today, there are also apps for Android phones that help users automate their tasks. Task automation apps say it all. These are programs for smartphones that respond to certain events. To help you better understand, here are the top 5 Android applications that help users automate some significant tasks. This app allows you to automate your device through flowcharts. Once you install this application, you are allowed to automate some tasks such as turning the Wi-Fi feature off when your device’s battery is about to run out. This app also allows you to reply to messages automatically and also to create weekly backups. Through flowcharts, Automagic Automation is able to present certain tasks in a very easy and clear manner without confusing the user. This is also a famous automation app that allows you to automate almost all the features in your device from the SMS to the settings. It offers more than 200 built-in actions with support for plug-ins. The user is able to receive triggers for the time, day, timers, apps, and others. It has a neatly designed interface that goes very well with the HOLO theme for Android that is ideal for both starter and the advanced users. This is a free and simple application that allows users to automate various tasks, while simultaneously defining a series of behaviors that are activated in response to different events. Users are allowed to create their own rules or can download some ready-made rules. This app supports some default rules such as silent mode during the night, low battery warning, maximum volume when the headset is unplugged, and normal sound mode during the morning, unmute by SMS, and others. Other triggers can be added to the app based on calls, location, battery levels, device connection, and so much more. Also a free app, this allows users to automate both simple and complicated tasks. It is able to switch off Wi-Fi and change sound modes. You can also hook this app up with your Facebook and Gmail accounts to receive triggers such as Facebook tagging and mails with attachments. Atooma recipes are also provided or can be downloaded. This app has been around for a while now. Contrary to first impressions, this app is also easy to use. This app supports some channels, including online tools, social media sites, email, and others. Situation-based channels are likewise supported such as the weather and time and date. The users can receive several triggers like new email, new uploaded video, new follower, new tweet, and so much more. Triggers vary based on the channel, though, as Tweeter, for example, will allow you to post a new Tweet or change your bio.