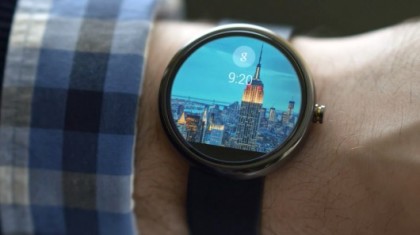 Recent tech industry trends point to the emergence of technology, which is wearable and we’re already seeing flooding of stores with Smart watch, Fitness band, Smart glasses and Virtual reality portable Head Gear. These devices understands you better than anybody, you sleep timing is recorded and will alert you if you’re sleep deprived, your heart rate is monitored, the workout is monitored, each and every step you take is recorded in short your daily life is being tracked and is digitized to give you insights. Gadgets are coming closer to humans and are part of the things we wear daily. Recent years fitness bands have been in the limelight, suddenly all wants to track where they land when it comes to burning calories. Let’s see how these wearable devices fit into our daily lives. Smart Watch – Smart watch beyond showing the usual time, it’s more of an extension of your smart phone. Smart watch will render alerts the moment you will receive it in your smart phone, smart watch is connected to the smart phone using Bluetooth. Some smart watch also doubles up as a fitness tracker and is equipped with heart beat monitor, GPS, pedometer and some also have a camera in it. You can actually click pictures using your watch. The latest smart watch also features full calling functionality, you can make or answer calls. Apple, Google, Samsung, Pebble, Sony and many more have unique smart watch offerings in the market and are commercially available in 2015. Apple watch has NFC (Near field communication), you can actually pay your bill by your watch just by a simple swipe, and the whole functionality is facilitated by “Apple Pay”. Smart glass – Smart glass is a wearable computer which is equipped with transparent heads up display (HUD), augmented reality, GPS, Bluetooth and Wifi. Smart glass offered by Google also supports voice commands. The user is able to view alerts, map, directions and other information right from glasses, user can also capture video and click pictures by gestures, speech and it’s also tracks your eye. There are privacy concerns using these glasses since it can virtually capture video or take pictures anywhere without anyone knowing it. There are also concerns wearing the glass while driving, there are claims that glass will distract people behind the wheels. Fitness band –   Today’s fitness band include health monitor, Activity tracker and Pedometer which has lead to a fitness world which promises to change the way we exercise. These fitness gadgets display your progress as a graph on your Smartphone. Products in this category include Nike+FuelBand, the Basic Peak, fitbit, Garmin Vivofit, The Misfit Shine and many more. Head Gear Virtual Reality – Virtual Reality is the next big thing to happen in the tech industry, the possibilities are infinite, from gaming to sightseeing or watching a 3D movie, virtual reality is already here and we can see things on full 3D mode while sitting in our couch. You can be doing scuba diving while actually you’re sitting at home. Present day’s portable VR gives a 360 degree virtual reality, which almost looks real life reality. At present you can buy Samsung’s Gear VR powered by Oculus, other upcoming portable VR device include HTC Vive StreamVR and Microsoft HoloLens.

Technology will lead us to the next level, right now they are just enablers, but we’re sure in future technology will be more streamlined and will act of its own.

Newer PostASUS Zenfone 2: Should you buy it?
Older PostNintendo gets ready to release five new Smartphone games by the end of March 2017