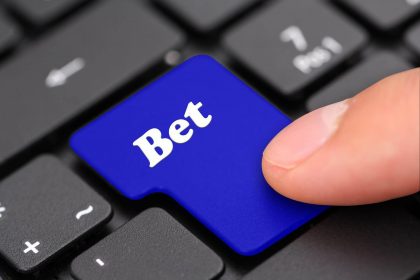 The past couple of years, competitive video gaming has taken a rapid turn and become a billion dollar industry. Just like professional football players like Ronaldo can make a living kicking a ball, those who are skilled enough playing certain video games are now also able to make enough money to live off of it.

Dota 2 is one of these video games that can sustain a living for high skilled players. Not only that, but It’s a game that has become highly popular for millions of fans to watch. This has led to real money Dota 2 bets being offered on professional matches, just like you’re able to bet on the football matches of Real Madrid. This form of newly created entertainment for Dota 2 fans is what Dota 2 betting is.

A popular game with a long history to it

Dota 2 stands for Defenders of the Ancient 2 and is a highly strategic and team dependent game. It belongs to the Massive Online Battle Arena (MOBA) genre and is played in teams of two with matches taking about 25-90 minutes to finish. The game consists of more than a hundred playable characters that have unique abilities and more than a hundred items to support these characters in different ways. To be successful in a match, it’s required that the teams pick characters that work well together, counter the enemies choices, have a well-planned strategy thought out and the skill to execute this.

The game has been around since 2013, but has roots that go all the way back to 2002 when the prequel of the game existed as a custom made mod to the strategy game Warcraft 3. In the beginning there were several different people working on this, but in time a guy named IceFrog took over and made it the game’s most played mod ever. In co-operation with Valve, this eventually led to the creation of the stand-alone game Dota 2 which is being played today.

With million dollar prize pools that are regularly being offered in tournaments, Dota 2 has made a big mark on the competitive video game industry. The game owns a world record for having the biggest prize pool ever in a tournament, which is a record that has become higher for every year since the game was released.

This prize pool can be found in the world championship tournament called The International, which this year reached an absolutely stunning number of $24,687,919.00. That’s right, more than 24 million dollars, with the winning team sharing more than $10 million between them.

With prize pools like this, it’s no wonder than the game has millions of fans watching the competitive matches and tens of thousands placing real money bets on them to spice up the action. These days more or less every well-established bookmaker is offering their odds on the game’s professional matches. There has also been several new bookmakers that have opened up their betting companies just to provide odds on Dota 2 and other eSport games.