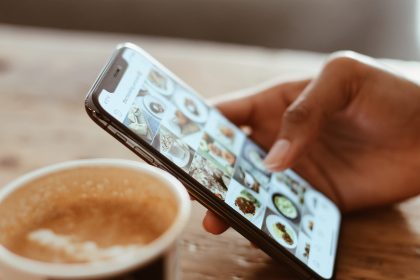 As of November 2018, Apple is no longer disclosing sales figures of its devices. While the company used to share data on how many iPhones, MacBooks, iPads, and Apple Watches it had managed to shift around the world, the company would become opaque, keeping these numbers to itself.

The move sparked fear in investors who took Apple’s reluctance to share iPhone sales figures as a confirmation that sales of the popular smartphone line are in decline. Companies like Apple don’t spook investors over nothing and it has led to wide speculation about the reason for dropping the data from its quarterly reports.

As it turns out, investors were right to have doubts about iPhone sales. In January 2019, just three months after Apple confirmed that it would no longer be disclosing iPhone sales, it said that it had cut its sales forecast for the phones.

There are a few reasons for this decline. One of them is that smartphone sales in China have slowed down as the premium quality of smartphones means that people are more satisfied with the specs and features they have and don’t feel the need to look for anything better. Another is that there are now more alternative ways to buy an iPhone that can save shoppers money. Many consumers are asking themselves why they should buy a brand new iPhone when they can buy a refurbished iPhone for hundreds of dollars less. The iPhone X offers premium features like its 5.8-inch Retina display, its innovative notch design, and a brilliant battery life and it is a phone that many would recommend. However, it costs around $999 to purchase brand new, whereas buying a refurbished iPhone X would cost around $700 or less. The sales of refurbished phones aren’t featured in Apple’s sales figures and as the number of these devices grows, the number of iPhone sales each quarter (new and refurbished) won’t be accurate in the company’s reports.

While investors may care a great deal about iPhone sales figures, Apple does not. At least, not as much as it once did. The reason for that is that services are becoming more important to the company.

Apple’s services business is a massive revenue driver. In Q1 2017, Apple’s services sector had $13 billion in revenue. That figure is made up of revenue from its Apple Music streaming service, iTunes sales, iCloud storage subscriptions, Apple Pay transactions and revenue it makes from the App Store (Apple takes a cut of microtransactions and money spent in games and apps). The company is also reportedly plotting an expansion into a television subscription service to rival Netflix, Amazon Prime Video, and Hulu. Although someone may not want to spend hundreds of dollars on a new iPhone every year, Apple can still raise revenue from these users through subscriptions. If subscribers feel greater loyalty to Apple then they may be more likely to buy Apple devices (when they choose to do so) in future. What is the Apple Ecosystem?

The ecosystem is one of the most valuable tools that Apple has. Its devices work together seamlessly – features like AirDrop make it easy to transfer files between devices, you can get phone calls and messages on your MacBook, and you can also use Apple Pay to purchase things securely with your computer. When someone owns an Apple device and are in the Apple ecosystem, the ease of use of iOS and MacOS may make them more likely to buy other, compatible Apple devices. This can help Apple grow the sales of its other, new devices, it gets users using Apple’s line of services, and it can also make them great influencers as they encourage their peers to buy Apple devices too.

When it comes to making headlines, telling people to look at Apple’s bigger picture isn’t as click-worthy as information about the millions of iPhones it has sold. However, Apple knows what it’s doing and investors should feel positive, not worried, about what the company plans to do next.