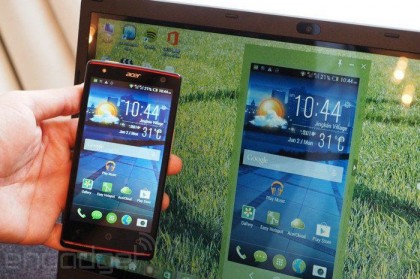 An explanation as to why Android is the best mobile platform for business use compared to Apple’s iOS and minority players such as Microsoft and BlackBerry.

Reasons why Google’s popular mobile platform is a business winner

These days the fight for supremacy in terms of mobile operating system platforms is basically a head to head contest between Google’s Android and Apple’s iOS offering.

More specifically, it’s Apple’s iPhone versus Android as iOS is only used in Apple’s own smartphone while the Android platform is deployed by several mobile phone makers including Google themselves with their own Pixel phones along with Samsung, OnePlus, Nokia, Motorola and even (with certain models) BlackBerry.

There are other mobile platforms, in particular Windows and BlackBerry’s own, but it’s fair to say these are minority players in the mobile operating system arena – iOS and Android are very much the dominant forces.

While iOS and Android each has its own fans, there are sound arguments for Android being the best option for business:

While Apple offer various models of iPhone such as the X and 8 along with a couple of superseded models still in production, this can’t compare with the huge range of models from various makers available on Android.

From top end phones such as the Samsung Galaxy S9 and its stablemate the Galaxy Note 8 to the more modestly specified and much lower priced options from the likes of Nokia and Lenovo, there’s handsets to suit just about all needs and budgets.

While it’s possible to buy a new iPhone at a relatively modest price, the model available is the compact SE with a small by current standards 4 inch screen and a body design dating back more or less to the iPhone 4 of 2010. There are several Android mobile options with 5 inch or larger screens and more memory and storage available at similar or even significantly less money than the £349 the iPhone SE costs.

Various Android phones offer expandable storage using SD cards; this can be invaluable for business use in terms of adding to a phone’s storage capability quite cheaply and easily along with adding to security by loading sensitive files to the card and deleting them from the phone.

No iPhones have memory card slots so the amount of permanent storage on the phone is all that’s available.

Similarly, some Android phones have removable batteries so making it easier to keep powered up when on the road. Not so the iPhone as the battery is not user replaceable so making it a little awkward when it’s time for replacement; it has to be done by a third party – ideally an Apple Store – rather than as a simple user replacement job taking barely one moment.

Price and value for money

In general terms, iPhones tend to hold their value better than Android handsets which is excellent news if you’re considering equipping yourself and your business with pre owned phones to make your money go further.

For example, it’s sometimes a good move to purchase a version or two behind the latest release since you’re still getting a well-specified phone and saving considerably over the price of brand new. A cheap Galaxy S7 would be worth considering against a new Samsung S8 or S9 for example.

In general terms it’s more common for businesses to use facilities such as Google Drive and Windows rather than Apple’s ecosystem such as its computer operating system and cloud storage options. This is another strong reason for choosing Android as it blends in seamlessly with many existing business infrastructures.

Although the iPhone is the single most popular smartphone in the world, the Android platform is overwhelmingly the most widely used with a global share of the mobile operating system market of over 85%.

Amongst some remarkable usage statistics for Android some two billion ‘active’ Android devices are in use worldwide compared to around half that for Apple’s iOS (although that’s based on early 2016 figures for Apple so while it may be more now it’s still unlikely to be near Android).

This makes life generally easier when it comes to sharing information and data with colleagues, suppliers and customers compared to other platforms such as iOS, Windows, and BlackBerry’s own operating system (on those models not using Android).

All in all, Android makes a strong case for being the business mobile platform of choice.